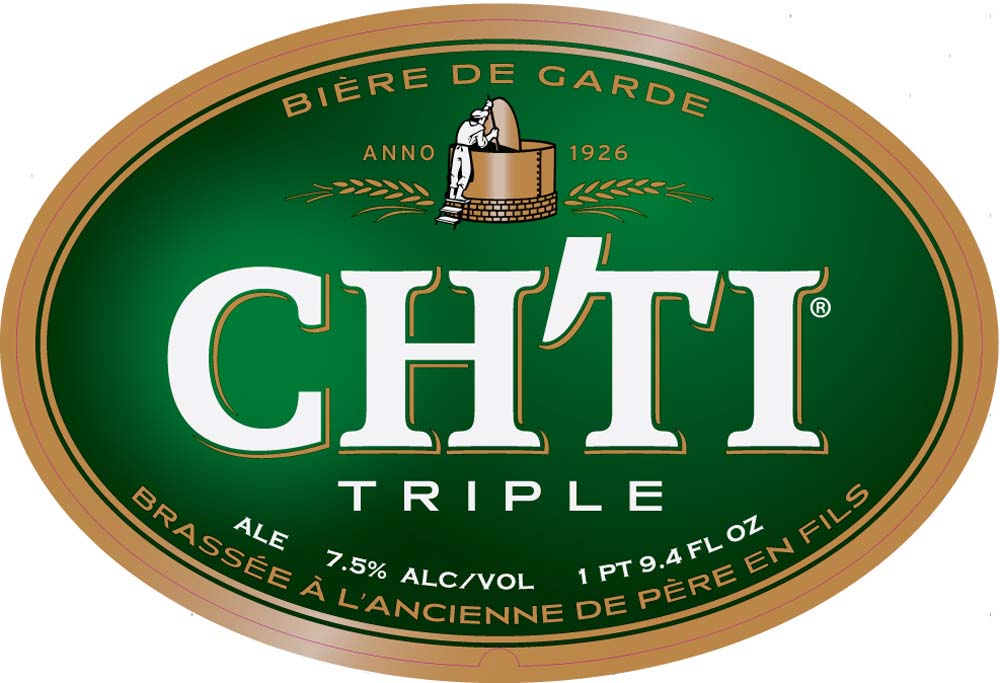 Launched in 1997, Ch’ti Triple is a robust blonde ale with rich and authentic aroma. It is not a Belgian-style tripel but rather a stronger, maltier biere de garde which has been cellared for 6-10 weeks at 32 like the other Ch’ti beers. It was awarded gold medals at the 2006 Paris Concours GEnEral Agricole and at the 2004 Brussels SElEction Mondial de la Biere.