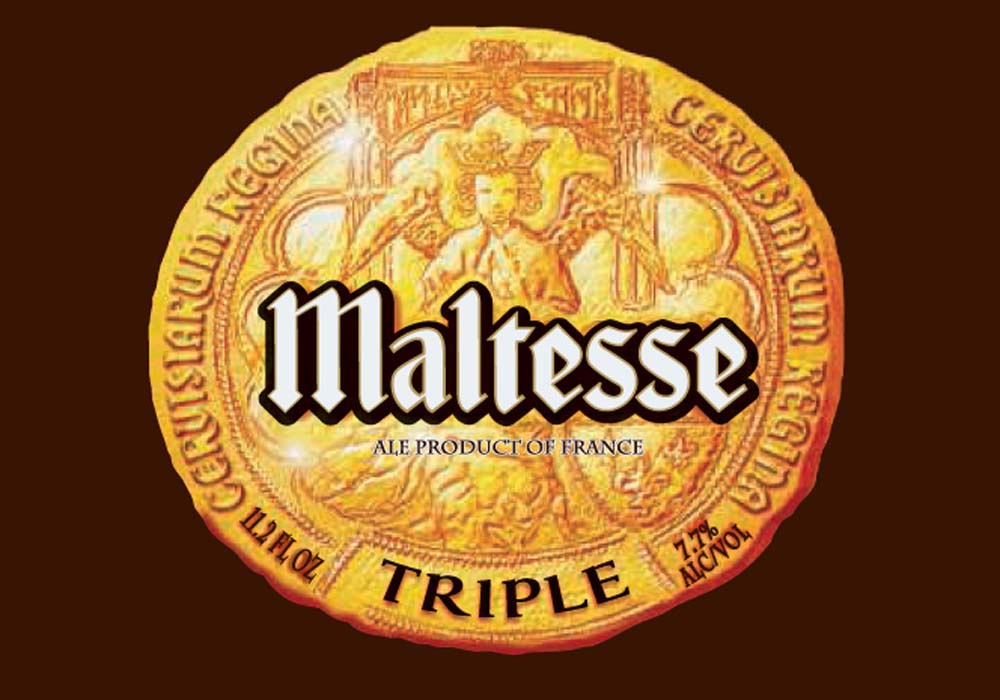 Introduced in 2008 and brewed according to a fiercely protected Flanders recipe of old, Maltesse is Castelain’s version of a pale ale. Golden colored with a thick and creamy head, the delicately sparkling and refreshing Maltesse has a rich and powerful aroma and a highly refined, fruity note. Since it is conditioned at a warmer temperature than the other Ch’ti beers, the notes of fruit and honey are more apparent. Balanced is achieved through the local Magnum and Strisselsplat hops used for bittering while Citra hops, used for aroma, give light citrus notes to the beer.