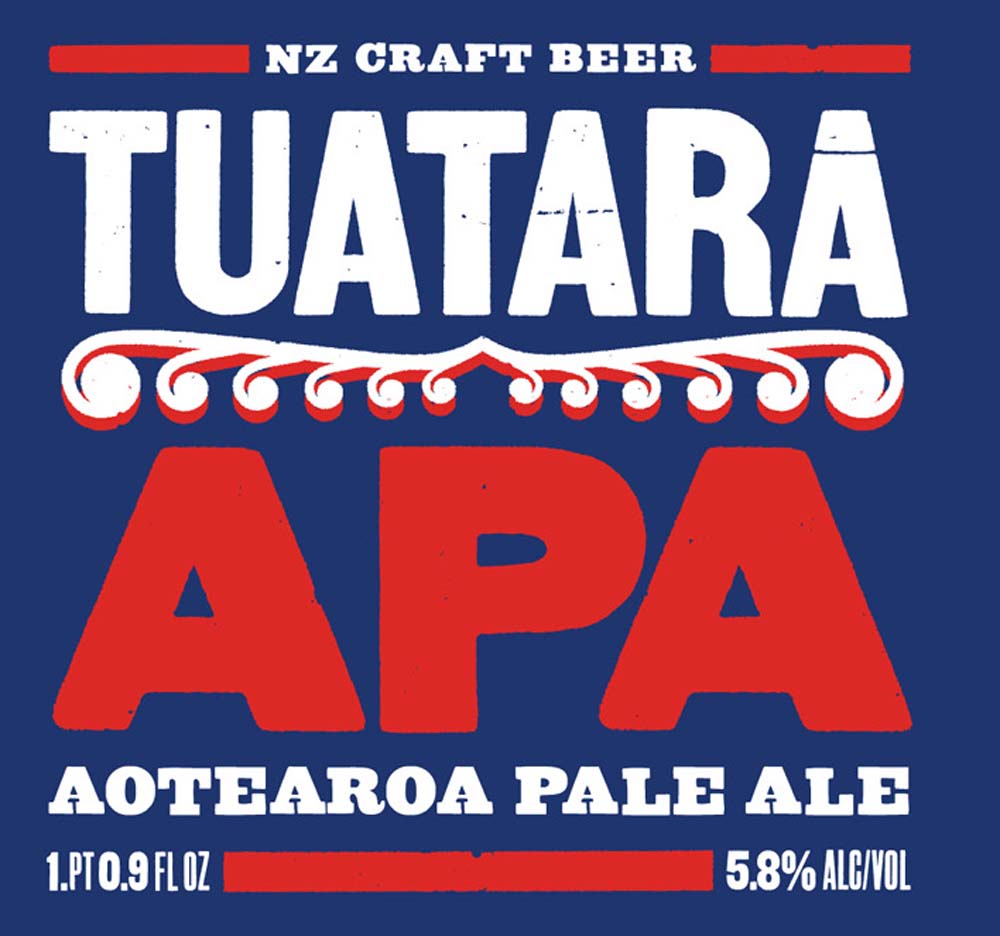 Aotearoa Pale Ale, aka APA, was originally brewed when Tuatara couldn’t get their hands on the American hops they needed for their American Pale Ale (the other APA). New Zealanders are known for their ingenuity, though, along with their determination to drink great beer, and so the Aotearoa Pale Ale was born. Aotearoa is the Maori word for “New Zealand”. The brewers took their American Pale Ale recipe and tagged in New Zealand hop varieties — Pacific Jade, Cascade, Nelson Sauvin, and Wai-iti.