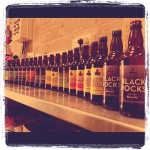 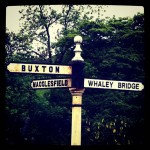 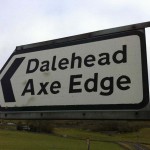 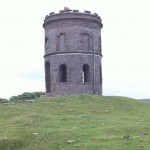 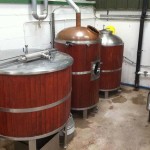 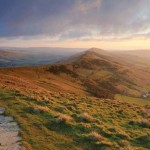 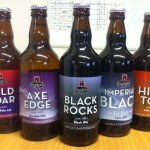 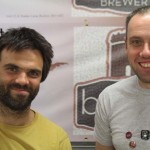 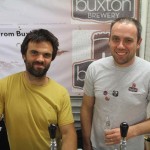 Buxton is a spa town in Derbyshire, kind of like the town of Bath in southern England. People have been taking advantage of the special “waters” there since the Romans occupied England. The Romans called the town “Aquae Arnemetiae” which translates as “The Waters of the Goddess of the Spring”. The earliest settlement found in Buxton is actually from the Stone Age. It is located in an area called the peak district, and is surrounded by a national park.

Buxton Brewery takes advantage of those special waters and makes special beer with it. Many of these beers take their names from local geographical and geological features near Buxton. The tower depicted on their beer labels is called Solomon’s Temple or Grinlow Tower. It is a “folly,” which means it was built just for decoration, but made to look old and important. The work of Buxton Brewery’s owner Geoff Quinn is no folly. His goal can be summed up in their three word motto, “Make Better Beer.” It’s safe to say that they have succeeded.

From the brewery: “TSAR is rich and powerful, a full bodied Imperial Stout. Malty chocolate, mocha and dark berry fruit-notes preside over a subtle hop profile, whilst a smooth velvety texture in the mouth gives way to a lingering bitter, dark chocolate finish.”