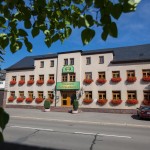 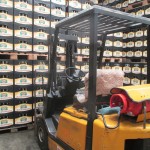 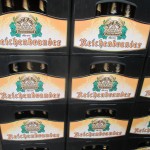 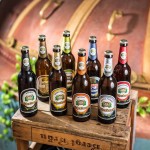 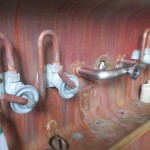 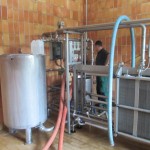 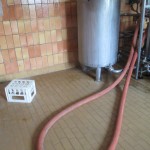 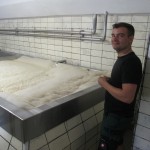 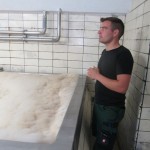 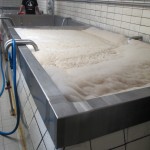 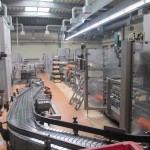 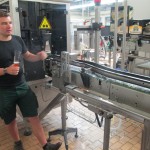 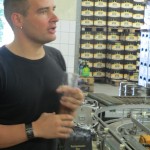 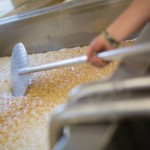 Chemnitz’s Brauerei Reichenbrand (the “Brewery Of Fire”) began life in 1874 as a tiny neighborhood supplier pouring on Sundays and holidays. In 1895 the bankrupt company was taken over by Oswald Bergt, the ancestor of the current owners & brewer. Up until the First World War the brewery specialized in a local dark style of beer, brewed with its own well water, and fortified by the motto, “Small but fine!”. In subsequent troubled years, thanks to its recognized quality, the Bergt’s company survived while other area breweries folded.

Having further carried on through the Second World War, the family operation then endured the complex period of communist reorganization, expanding as it went. Required to partner with the state through the 70’s and 80’s, the third generation of Bergts nonetheless managed to maintain relative quality thanks to a special dispensation given the brewery in recognition of its importance to the community. With the fall of the Berlin Wall, the company was once again privatized, heralding a return to full family ownership and complete quality control.

In 2005, Michael Bergt, representing the brewing family’s fifth generation, became the youngest master brewer in the company’s home state of Sachsen. Today he crafts a range of traditional German styles, guided by the helping hand of the previous brewmaster, who had manned the kettles for over fifty years. In 2015 the “Brewery Of Fire” was chosen as the production brewery for Ritterguts Gose, the most authentic version of Sachsen’s venerable sour ale.