While Spain is traditionally a wine country, beer seems to be the drink of choice for the younger set. And even with a struggling economy, the Spanish beer industry has seen a lot of growth, with new breweries opening regularly. Looking for light, low-alcohol styles, Spanish brewers were initially inspired by traditional European countries like England and Germany, but the American craft beer scene is starting to assert more influence. Dan Shelton, an avid Spanophile, makes a point of visiting every summer, and calls the annual beer festival in Mediona “the best festival ever.” 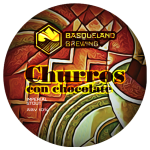