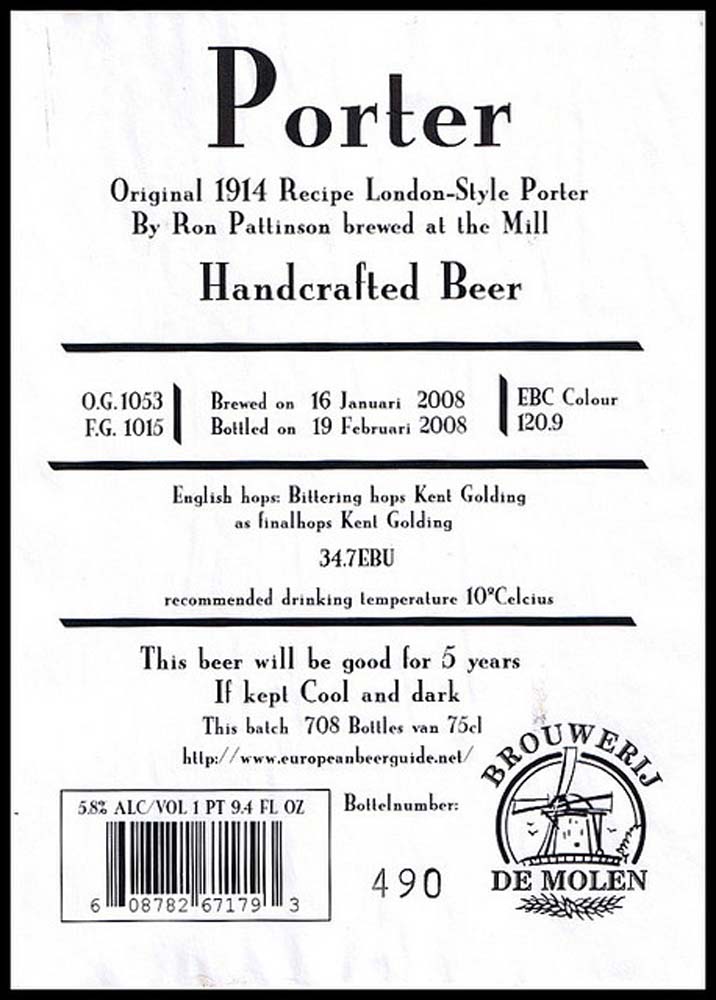 The Original Porter. Or a recreation, at least.

Beer historian, and respected blogger, Ron Pattinson collaborated with De Molen brewmaster Menno Olivier on this historic treat. It’s a taste of what the “original porter”, brewed by London’s Whitbread Brewery, would be like without having to travel back to pre-WWI days. Whitbread was known to be one of the largest producers of porters during this time and brewed their original porter on August 1, 1914, only a few weeks before the outbreak of World War I.

Pattinson also collaborated with Olivier on De Molen’s Triple Stout, another historic reproduction. According to Pattinson, he chose these recipes because he wanted to: