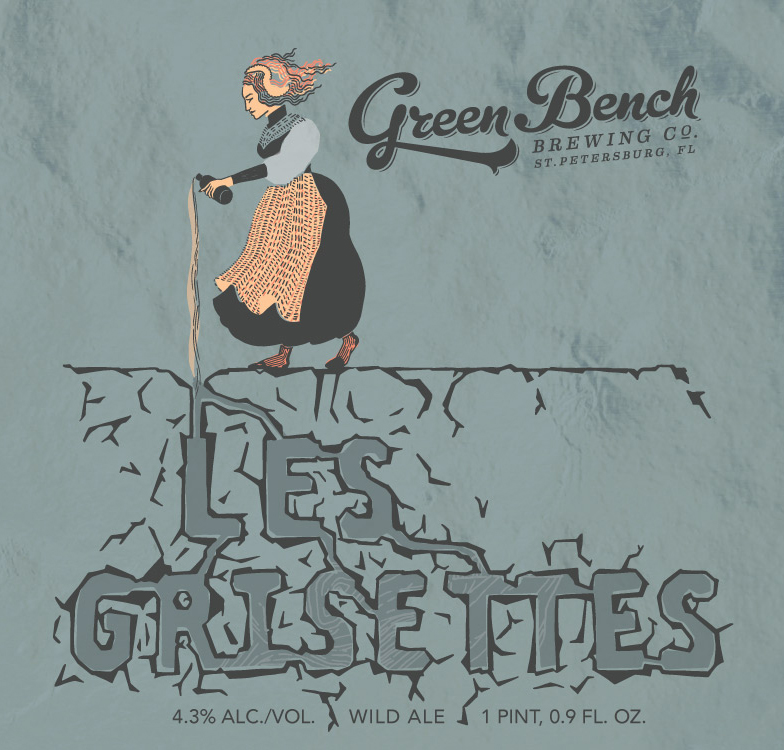 “We brought back the first beer of our 100% Brettanomyces line, Les Grisettes. At under 4%, Les Grisette is a traditional style farmhouse ale brewed with Spelt, Buckwheat, Rye, and Oats, fermented on our house mixed culture of wild yeast. Grisettes were originally brewed for coal miners in the Hainaut region of Wallonia, Belgium. The name refers to the ‘gray’ garments the women wore that delivered the beer to the miners. They were known as, Les Grisettes.“