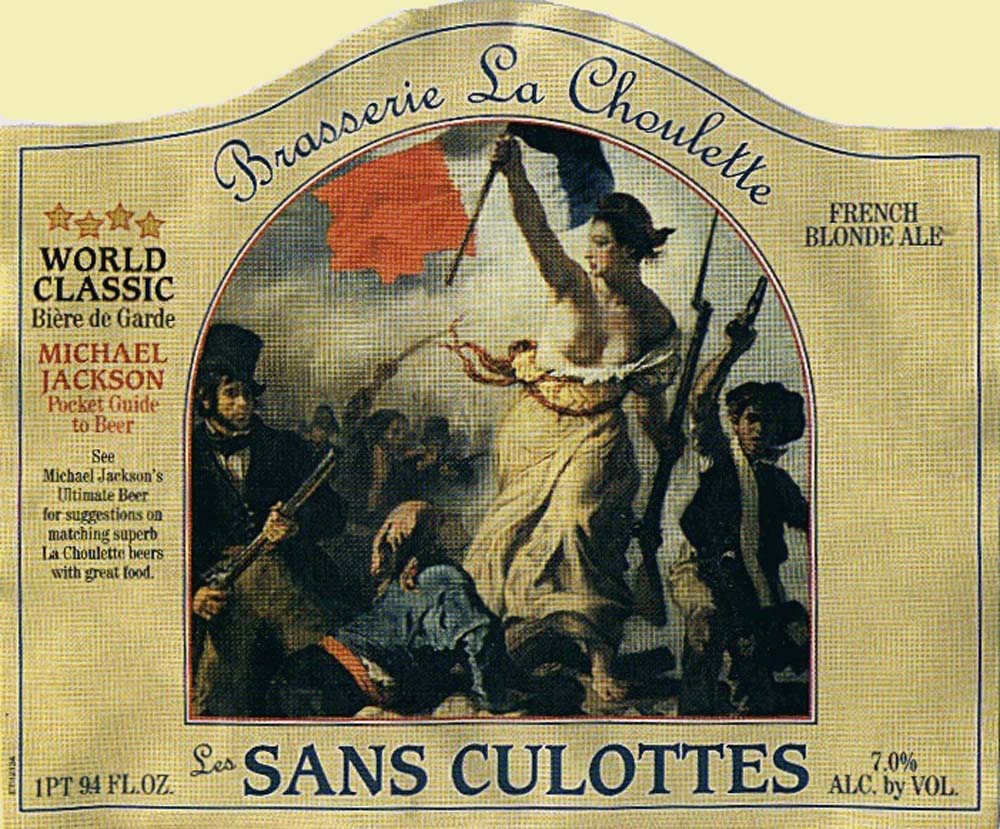 This beer, the brewery’s masterpiece, proudly pays homage to Les Sans Culottes – the “trouserless” craftsmen who could not afford uniforms but unflinchingly did the handiwork of the French Revolution. A number of brewers were included in their ranks.  It is a golden brew, much esteemed for its rich, enticing champagne-like bouquet, and its rewarding flavor is slightly fruity and delicate, yet deep and fully satisfying.  Four-star, world-classic French bière de garde with the classic label.

Other Beers by La Choulette