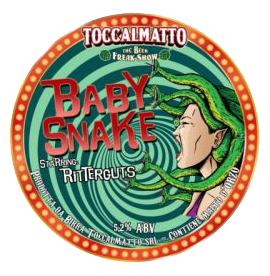 “It is a privilege to be able to create a Gose (a salted beer with lactic acidity typical in the city of Leipzig, Germany)  with one of the brewers who have saved the style and still today represent the most authentic interpretation: Tilo Janichen of Ritterguts. It was he who asked us to imagine a Mediterranean version, combining the fresh sweetness of prickly pears with a touch of the precious salt of Trapani, creating a Gose with an unmistakable Sicilian atmosphere.”

Other Beers by Birra Toccalmatto