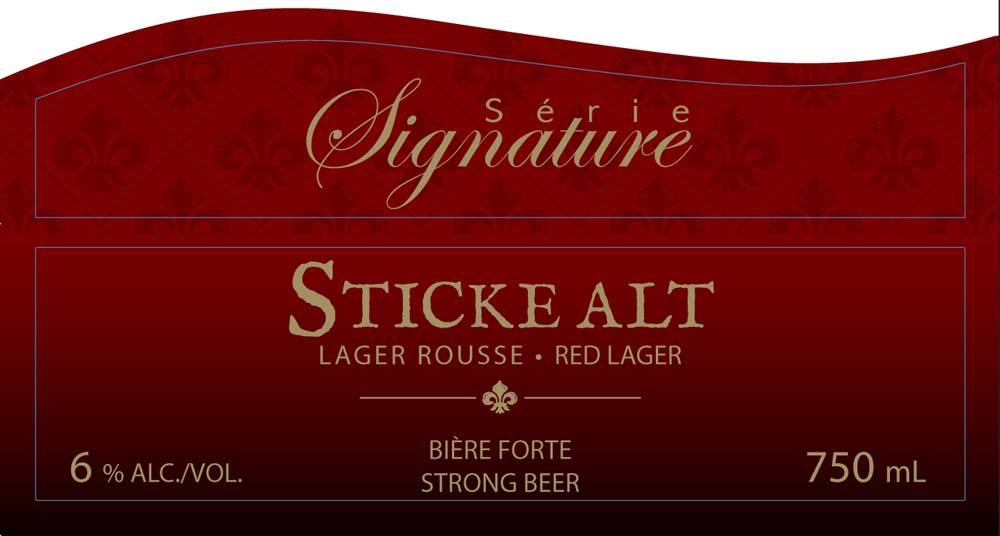 Richer, rarer, and hoppier version of an Altbier typically found in Düsseldorf, Germany.  Traditionally, altbiers are hybrid beers:  fermented with an ale yeast but at cooler than normal temperatures and then cold-conditioned in lagering tanks for several weeks.  The lower temperatures and lagering suppress the estery characters of the yeast, allowing the rich malts to shine.  “Sticke” or “secret” alts are versions that are brewed stronger and hoppier and originally only special customers would know about the stronger beer.  Les Trois Mousquetaires version is brewed as a lager and also is dry-hopped for a unique North American take on the style.  Red in color with mahogany highlights, it has caramel and toasty notes as well as a solid hop bitterness that is both citrus-like and floral.