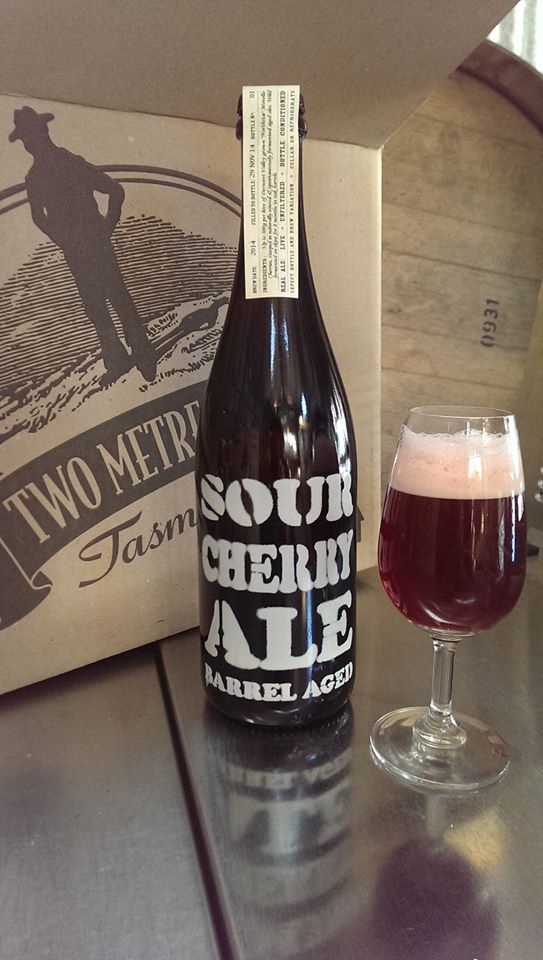 “Once the slow wild fermentations had completed in the Original Soured Ale (around 2 years), we racked a portion to 5 year old winemaking barriques, released from a well-known local winery. Adding 25% whole morello cherries from an orchard directly across the river Derwent, we allowed a natural fermentation to ecommence in barrel. At 8 months all fermentation activity was complete. The resultant, highly coloured ale was acked out of barrel, off the fruit sediment & settled for a further 6 months prior to bottling. Behold the result!”

Other Beers by Two Metre Tall