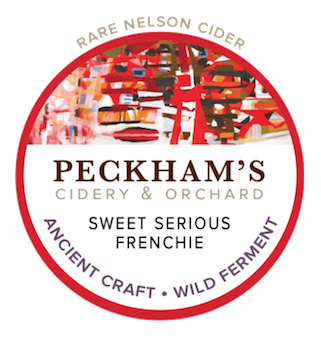 “A sweeter cider made in the ancient craft of keeving perfected by French cidermakers. During keeving, pectins are precipitated out of the juice. Carbon dioxide produced by the onset of wild fermentation floats this pectin, together with most of the yeast nutrients in the juice, to the surface and a “chapeau brun” (brown cap) is formed. Clear juice is racked from underneath the surface cap and allowed to continue its fermentation. Because the juice has been depleted in yeast food, fermentation stops before all the natural apple sugars have been consumed, resulting in a naturally sweeter cider full of fruit and texture.”

Other Cider by Peckham's Cider