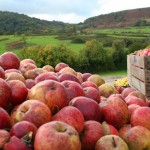 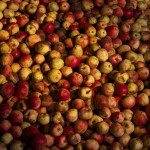 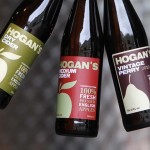 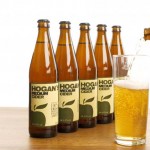 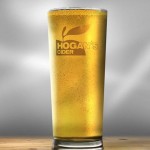 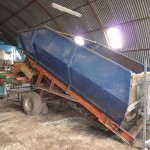 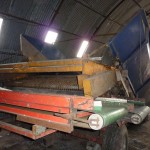 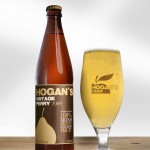 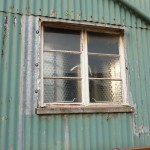 When our good friend Tom Oliver (of Oliver’s Cider and Perry) suggested we talk to Allen Hogan about getting some high quality, traditional English, draught cider, we called him up immediately. Turns out, Allen also puts some pretty great stuff in the bottle.

What goes into a traditional English cider? Well, apples of course. Hogan’s uses cider apples from the three counties of Herefordshire, Gloucestershire and Worcestershire; regions known for making (and drinking) loads of real farmhouse cider. The apples are pressed and the juice fermented in stainless steel for about four months. The young cider is then filtered and returned to the tanks, for further maturation. When it’s ready – a good cider maker can tell – it’s blended for a balance of tannins, acidity, and sweetness.

In addition to their draught, Hogan’s also produces a Dry and Medium Dry cider, as well as a traditional Perry. Allen – and whoever he can coax into helping him – must hand pick most of the perry pears from local orchards, otherwise he has trouble finding enough. Perry pears are delicate, and must be handled carefully, and most people just aren’t up for the hard work anymore. Allen is. Luckily,the pears hardly need to be washed since they’re picked up by hand. Unlike apples, pears don’t float, so this makes things a little easier. Just a little.

People all over the US are now raving about Hogan’s draught cider. Here’s what our friends in Reno, NV had to say:

“Holy crap! Hogan’s draught is amazing. I can say I’ve never enjoyed any cider as much as I enjoyed that one. It was perfectly quenching and really full of flavor with just a hint of sweet apple.”