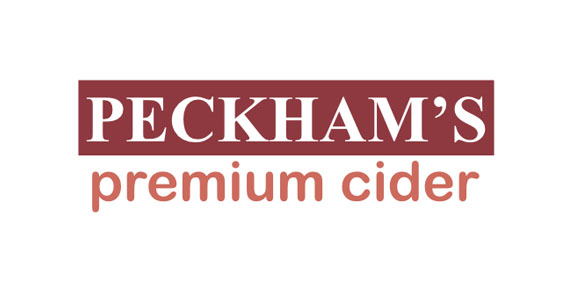 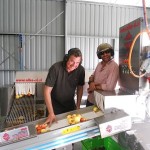 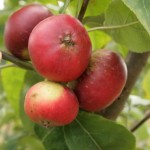 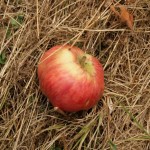 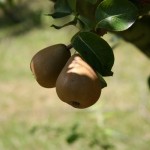 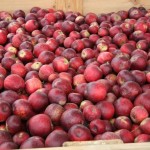 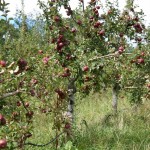 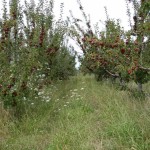 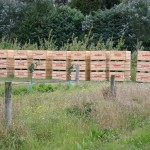 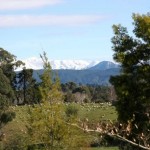 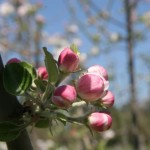 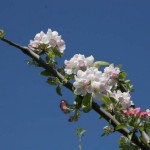 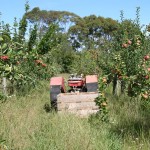 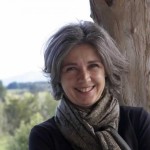 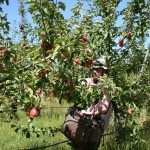 Caroline and Alex Peckham are cider drinkers originally from England, and therefore know real cider that’s made from fruit grown just for cidermaking.  After moving to New Zealand, they struggled to find anything that came close to what they drank in the UK, so in 2007, they moved their family to the beautiful Upper Moutere, near the town of Nelson (a region heavy with fruit of all sorts – right across their dirt road is the world famous Neudorf Vineyards), and took over a tiny orchard growing apples, pears and boysenberries.  They chose this particular spot because the Moutere clay on which the orchard sits was sure to grow fruit with intense flavors.

The orchard wasn’t quite suited to the kind of cider they wanted to make, however, as it was mainly host to fruit grown for eating, rather than cider-making.  So for the first four years, the Peckhams set out on a quest to locate heirloom fruit, not an easy task on the island nation of New Zealand.  Strict regulations make it near impossible to introduce something as potentially threatening to native species as live apple trees, so importing scion wood for grafting from England, France, or Spain was out of the question.  Years ago, however, when the island was first settled by none other than the British, no such regulations existed, and, as such, relics of an English cider-drinking past still exist in the form of heritage trees, spread across the country.  So the Peckhams set out in search of run down orchards across New Zealand that might be hiding excellent fruit suited to cider making.  They collected scion wood from as many varieties of trees as they could find, brought it back to the Upper Moutere, and grafted it onto their own orchard.

They now tend their fruit as organically as possible, and craft their vintage cider almost entirely from heritage fruit grown in their orchard, including boysenberries  as well as black currants from a neighbor down the road.  Their cider is a vintage product made from tree-ripened, heritage cider apples. The juice is slow fermented in the autumn (which being in the Southern Hemisphere, is concurrent with our springtime) and left to mature through the winter for six to nine months.