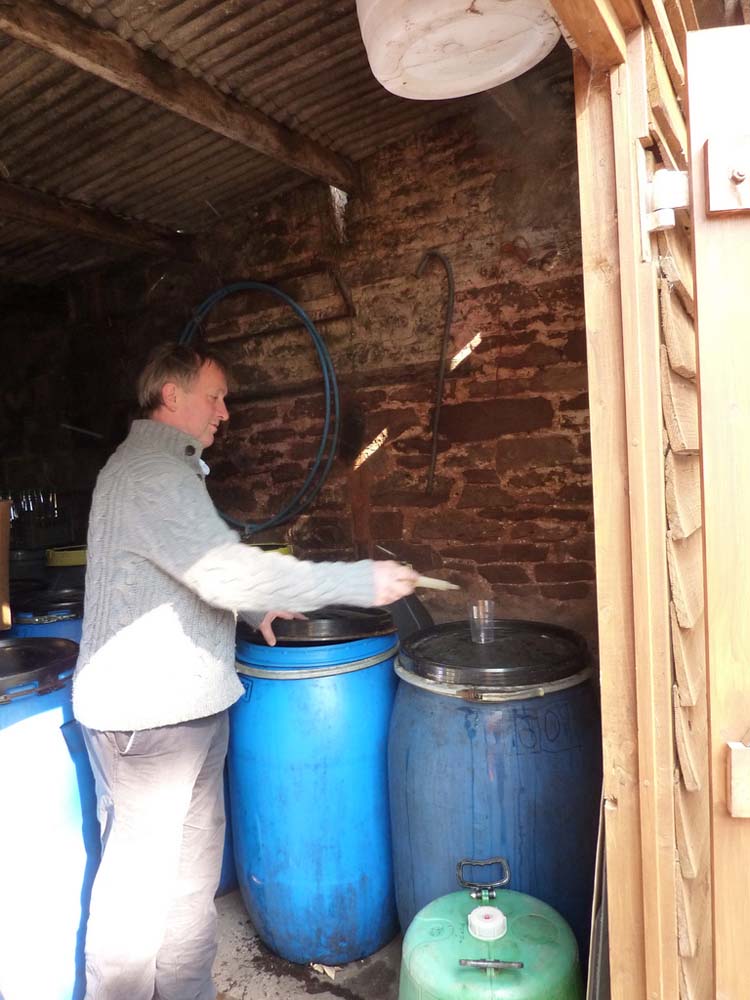 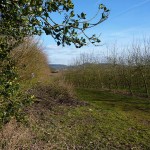 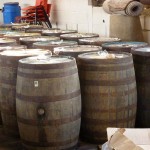 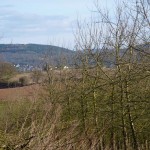 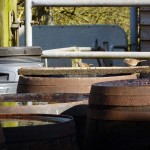 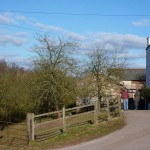 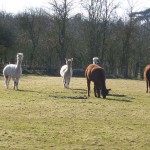 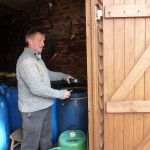 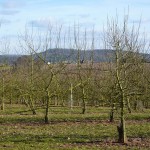 While paying a visit to Tom Oliver (our good friend, and the reason we got into cider) at his orchards and cidery in Herefordshire, we asked where to go for more good, local, stuff. He immediately suggested Ross-On-Wye Cider and Perry Co., not just because they make exceptional cider, but also because their cidermaker, Mike Johnson, is one of the nicest people you’ll meet.

The Johnson family has been farming the same land (30 minutes down the road from Oliver’s, in the little town of Ross-on-Wye) for over 70 years, and growing apples for over 30. They started out growing fruit for the local cider behemoth, Bulmer’s, and 40 acres are still contracted out. The fruit sent to Bulmer’s provides the income needed for Mike to plant whatever he wants for his own cider and perry, currently upwards of 70 different varieties of fruit trees.

While the orchards may be large, the little cider building is tiny, and the barn where it’s stored even smaller. Both are filled to the brim with bottles and barrels of cider and perry – all of Mike’s products are fermented in barrels with only naturally-occurring, wild yeasts. Ross-on-Wye is known for experimenting with a variety of barrels – rum, whiskey, brandy, etc – and has them packed into corners, filled with fermenting juice.

They’re also known for their small tasting cellar, where Mike offers single-varietal ciders as a way for visitors to learn why not just any Tom, Dick, or Harry can put out the good stuff. He’ll walk you through what makes a good cider, pouring a little Bittersweet juice, then adding some Bitter Sharp, perhaps a little Dessert Apple juice to round it out until you have something like a well blended cider. Blending is the art of cider-making, and the ROW cellar provides some insight into the craft.

The cellar is cool, slightly damp, and smells like fermenting fruit. A stream of locals are in and out to fill up bottles from barrels, and chat with Mike and his business partner Phil about what’s going on in town. The whole farm is a generally welcoming place. Mike opens his orchards to anyone who wants to camp out and help out. During the harvest, the fields are littered with tents. We were there in the slow Spring season, but there were still a few stragglers living on the farm – all of whom seemed at home. Mike stopped to chat with folks as they passed through the cider house – including the woodworker who asked if he might use the apple stump in the lower field to start crafting a bench for the walkway.

The ciders are also constantly changing, and we doubt that anything we get from them will taste much like what’s come before. This is a good thing, but it means that if you see these ciders around, you shouldn’t wait until they’re gone.