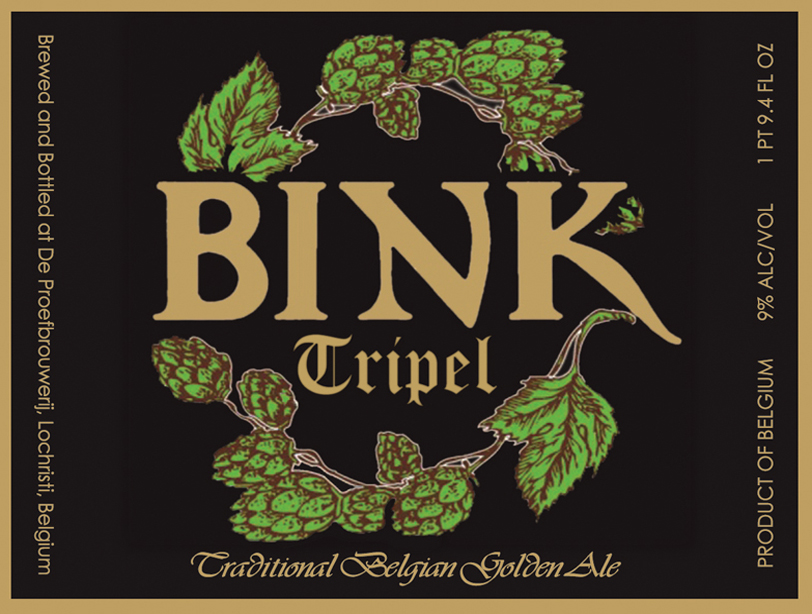 The homey little farmhouse brewery at Kerkom is one of the greatest breweries in the world, and hardly anyone outside of Belgium knows it.

We brought you Kerkom’s Bink Blond – a wonderfully hoppy and characterful beer, one of our all-time favorites, and one you should be drinking every single day – but it hasn’t even made a blip on the radar over here. It’s because of those little bottles, and the fact that the beer isn’t even 6% alcohol, isn’t it?

Then we begged you to notice the little bottles of Bink Bloesem, an incredibly rich and flavorful, but perfectly dry strong amber ale made with pear juice and honey, and Winterkoninkske, a hearty, dark, and unusual strong winter ale with just a hint of very unusual spices, and still, no action on the shelf.

Look, it’s a big bottle! Not so easy to misplace. And people are saying already that Bink is the best Tripel of Belgium – earthy, deep, complex, but light in color and on the palate, as befits the style, and it packs a very healthy wallop of whole fresh hop aroma.

The Kerkom brewery is a shrine to the noble hop, and the brewer, Marc Limet, is the guardian of the eternal flame at a time when most Belgian breweries have forgotten that hops ever existed. So it is no surprise that this beer is purported to be the hoppiest of Tripels. Actually, Bink Tripel isn’t quite hoppy enough for us – not yet. But since things only get hoppier and hoppier at Kerkom as time goes by, we are content to drink, and wait. As Marc says, “ it’s getting better all the time . . .”