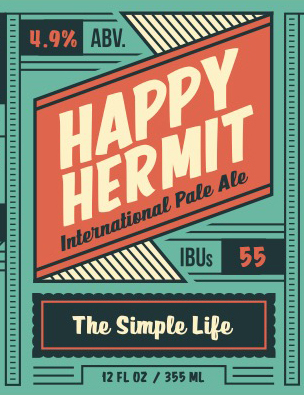 “Silas Dent lived a simple and happy life on Cabbage Key in a hut made of palm fronds, surrounded by mangroves and wildlife with no running water and no electricity. In 1948 Dent was featured in LIFE magazine, who named him “The Happy Hermit of Cabbage Key.” It was said that Dent could forecast the weather, calculate the temperature, and commune with Poseidon himself. Before his death at the age of 76 in 1952, Dent claimed that “civilization is too dangerous.” Our Happy Hermit Pale Ale is a sessionable, hop forward approach to the style that is a perfect match for a breezy St. Petersburg afternoon, and like Silas, is one of a kind.“