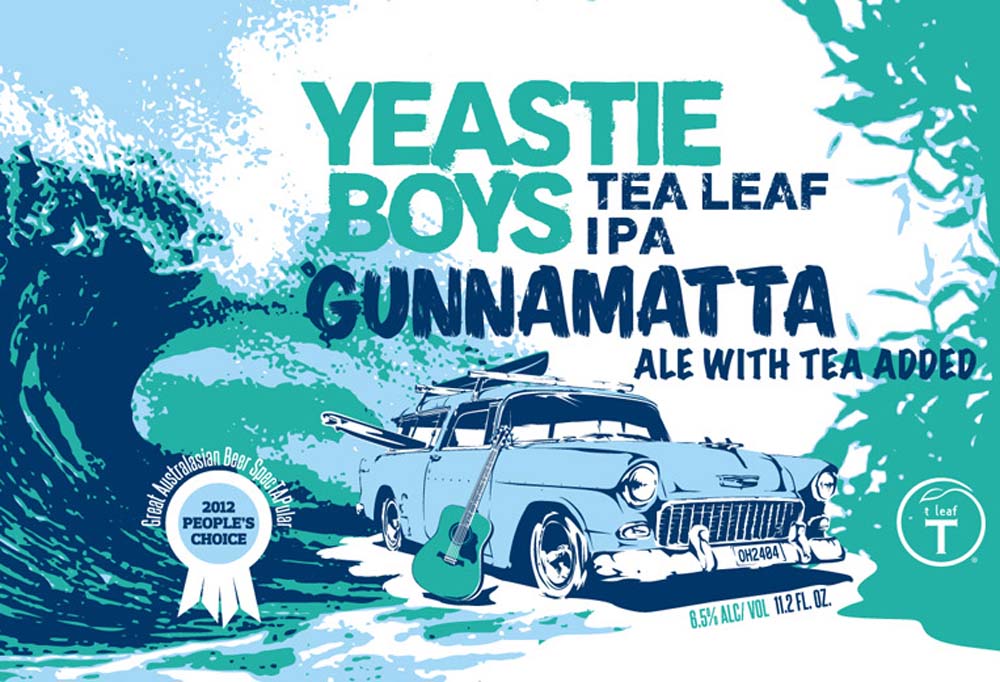 This fantastic “dry-leafed” Earl Grey IPA debuted in the US at The Festival in 2012. Originally brewed for the Great Australasian Beer SpecTAPular, the inspiration behind the beer was music from their Australian homeland — “The instrumental opening track of Paul Kelly’s 2004 album Ways and Means – refers to a beach break on Victoria’s Mornington Peninsula and had us thinking of good friends, cups of tea, surf, beer and rock ‘n’ roll!” The tunes led them on a wild conceptual ride but they ended up settling on this hugely floral India Pale Ale that is “dry-leafed” with a massive load of Earl Grey Blue Flower tea. As Paul Kelly says himself: “Deeper water, leading me on.”

Other Beers by Yeastie Boys