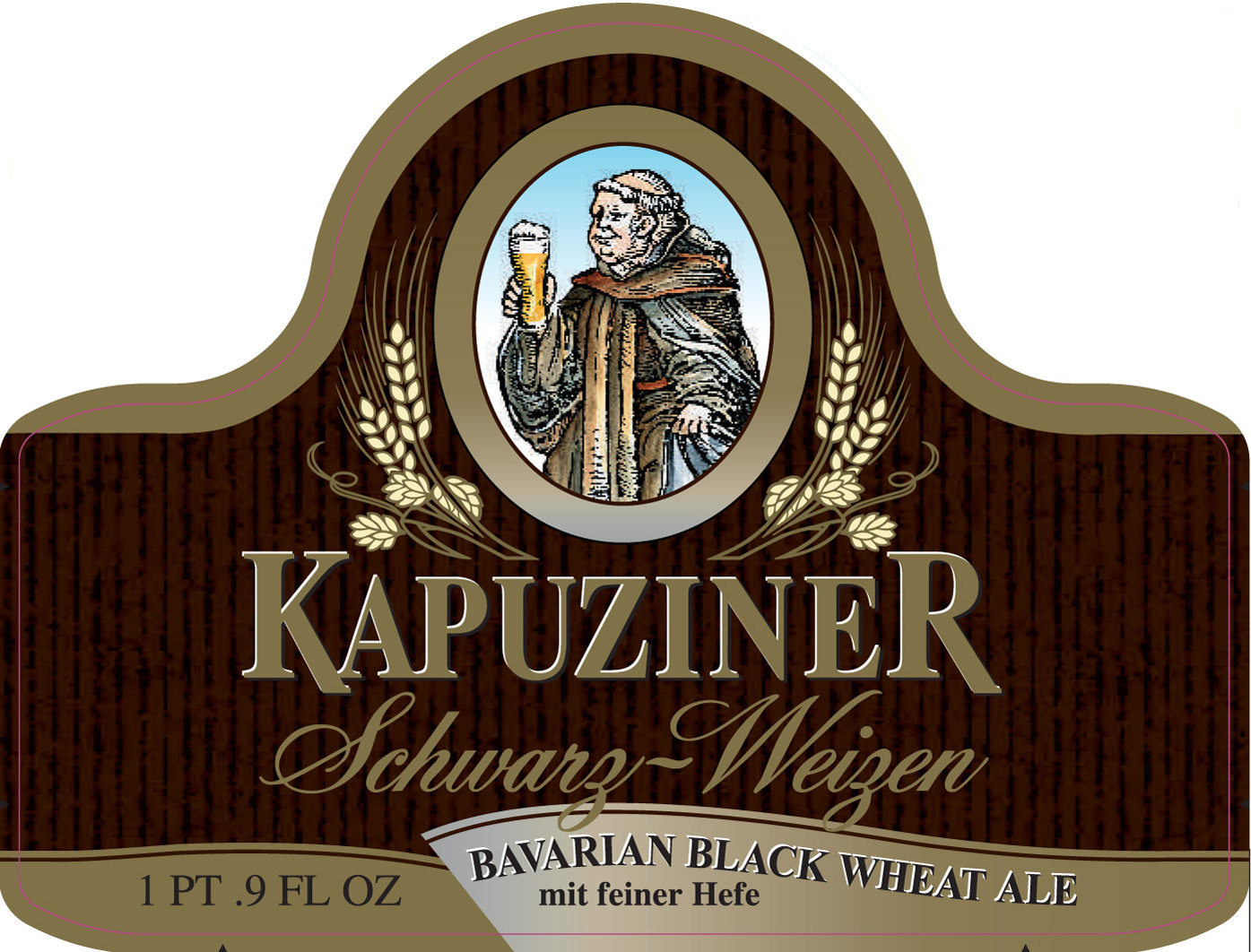 Mysterious Kapuziner Black combines the tangy, fruity punch of a classic Bavarian wheat beer with the warm, roasted malt flavor of the famous “Black Beer” of Kulmbach. The most satisfying wheat beer made anywhere. Well-matched with lighter cuisine, especially summer fare, but above all the perfect refresher — a delight at any time of day!

Bavarian wheat beer has a princely pedigree. The earliest Bavarian beer purity laws (in the 1300’s) made wheat-brewing exclusive to the royal family’s private beer makers. Over the centuries, wheat beer passed to the lesser nobles and finally to the commoners, and was, by the end of the last century, a thoroughly democratic brew. Yet it retains an unmistakable air of refinement — accentuated by the long, elegant glass that the Bavarians reserve for it.

Dark, mysterious Bavarian Black Wheat is a modern classic. It springs from the happy union of traditional Bavarian wheat-beer brewing and the famous “Black Beer” tradition of Kulmbach. A well-crafted wheat beer, it has a sharp citrus tang, with a spicy complexity and a light, fruity sweetness. But then there’s more: a deep, roasted malt flavor, which makes it utterly unique! An impossible combination, this Black Wheat is light and refreshing, yet more full-bodied and warmly satisfying than any wheat beer has ever been. Unfiltered live yeast gives the beer in the glass a cloudy, unfathomable depth that is hopelessly seductive.

Wheat beer — probably the most refreshing beer in the world — was once the beer of summer in Bavaria. Beer lovers have come to appreciate it also as a hearty and satisfying brew, and now enjoy it the whole year ‘round. Having been embraced by a new generation in Germany, endlessly charming Bavarian wheat beer is now captivating Americans as well.