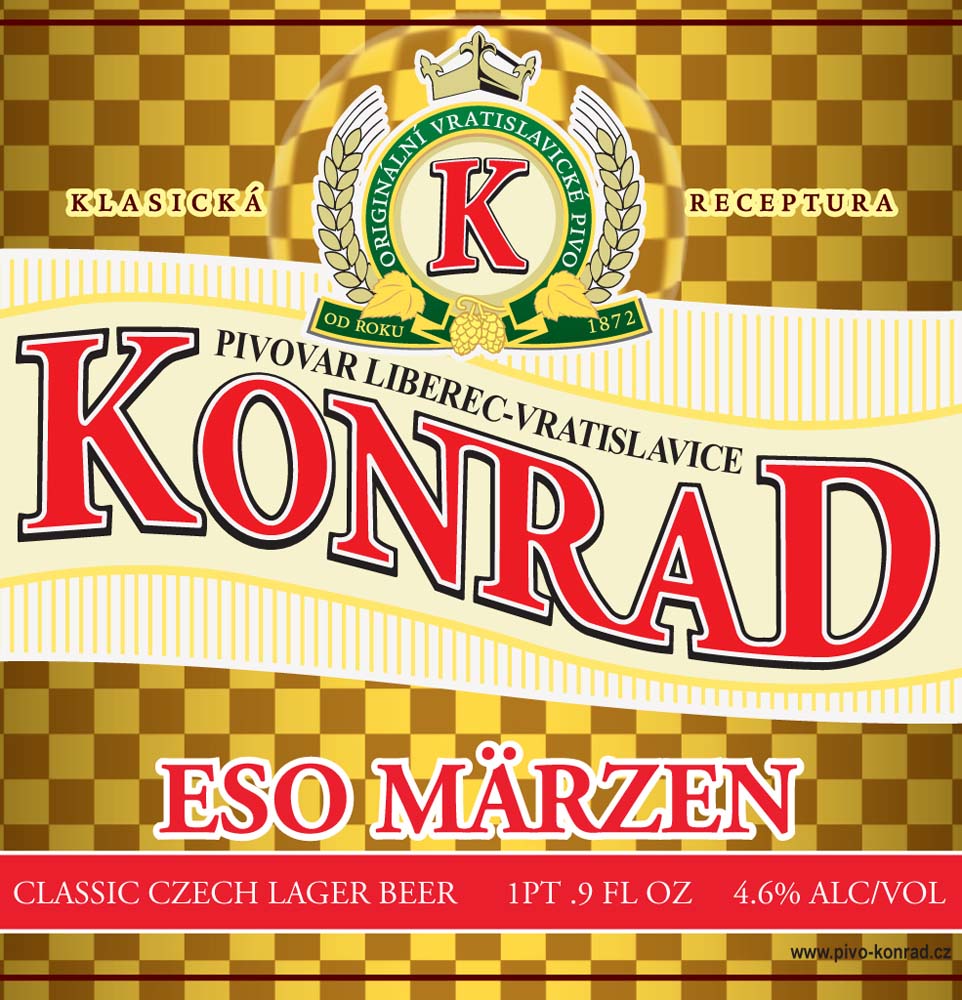 In the 1990’s, scores of local Czech “pivovars” were shut down by mega international brewing corporations. Most were gone forever – dismantled or demolished. But In 2000, unemployed workers from the former Liberec Brewery in Northern Bohemia convinced investors to bring their once-proud factory back to life. Under the new brand name Konrad (honoring a 19th century brewer ) this reborn regional takes on the big boys by producing firmly traditional and well-crafted Czech lagers, made to the historical recipes with water from it’s own wells, classic Zatec hops, and local barley.

Konrad ESO is the brewery’s special “polotmavý “or “half-dark lager”- an indigenous Czech specialty that’s clearly reminiscent of a German Oktoberfest Märzen. Like all world-class versions of either style, ESO is a beautiful amber lager, malt-accented but with a very crisp & satisfying drymess-a Bohemian liquid bread.