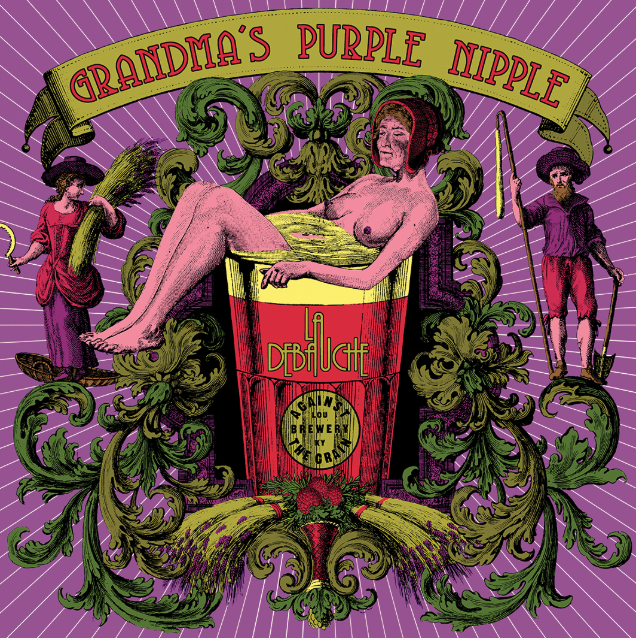 “Collab made with the American brewery Against The Grain, the Grandma’s Purple Nipple is a bold and casual creation.

Sour brewed with lavender and raspberries, this beer offers a rich nose, almost camphorated, on crushed raspberry notes. Its light acidity, balanced by lavender, and its modest degree of alcohol, make it an extremely original and refreshing flavoured beer.”

Other Beers by Brasserie La Débauche