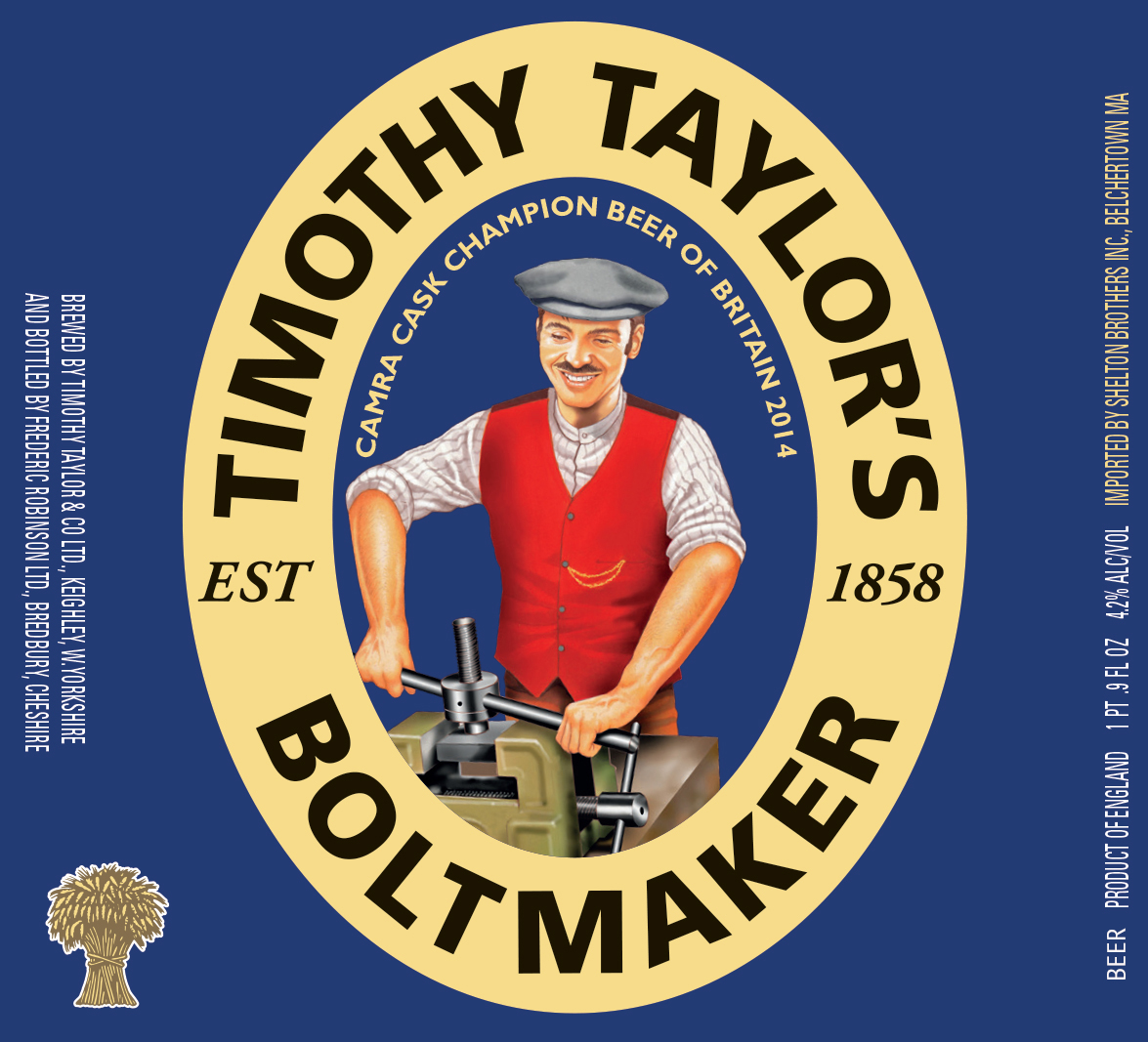 Following in the footsteps of its big brother Landlord, Timothy Taylor’s Boltmaker was named the Champion Beer of Britain at the Great British Beer Festival in 2014.

“A well-balanced, genuine Yorkshire Bitter, with a full measure of maltiness and hoppy aroma – Boltmaker is first choice for the discerning drinker – on both sides of the Pennines.”

For those who don’t know the Geography of England, the Pennines are a range of mountains separating North West England from Yorkshire and North East England. They run fairly close to the brewery.

Other Beers by Timothy Taylor