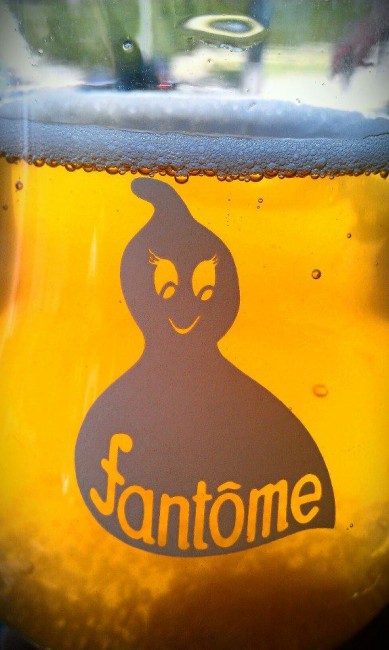 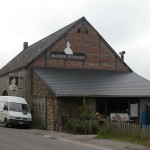 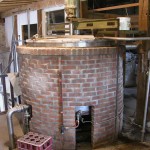 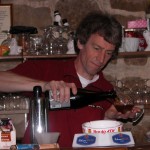 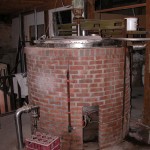 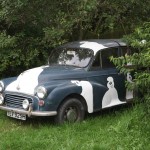 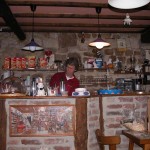 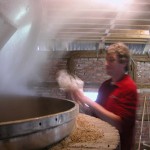 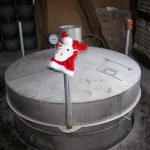 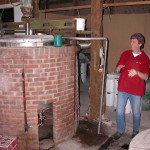 Fantôme’s brewer, Dany Prignon, is a lively character who breaks all the rules when it comes to brewing with special ingredients. (How many other brewers have made a mushroom beer?) In fact, not all of his experiments are a success, but every beer is at least interesting and recall the early days of Belgian brewing.

Fantôme – a golden ale, 8% alcohol by volume, with a wonderfully musty and characterful aroma. “Absolutely gorgeous, complex summer refresher with enough interest to drink all year-round.” (The Beers of Wallonia). Both authors give this beer a perfect 10. There are many drinkers out there who believe this is the “Nectar of the Gods.” Certainly no other brewer makes beer like this, in Belgium or anywhere. How many beers of 8% plus offer such fresh fruitiness? A solid Belgian saison beer at its base, with an unusual overlay of fruitiness.

Fantôme de Noël – A very dark and entirely unique holiday seasonal beer, at a whopping 10% alcohol by volume. Reportedly spiced with honey, caramel, coriander, black pepper, and other secret ingredients. “[Another 10.] Beautifully warming with an amazing, almost overwhelming, depth of character” (The Beers of Wallonia). Lots of deep-roasted chocolate malt, but still fairly dry and spicy, with a hint of wild yeast sourness at the core.

Fantôme Seasonal Beers – The mysterious Fantôme brewer is always at work cooking up another unique beer, often using secret herbs, spices, and fruits to evoke the current season. The recipes are never the same from year to year. The Spring beers have been dark and very full-bodied, roasty and bittersweet. Summer has brought brisk, authoritative copper ales with refreshing hints of citric tartness. Fall beers have always been especially impressive, usually surprisingly lighter in body than the earlier seasonal beers, but strong in flavor with a tantalizing note of orange peel and perfect hop bite. The Winter beers are dark ruby red confections, with strong, malty flavors and are relatively straight-forward, without any notable trace of the phantom’s usual trickery. 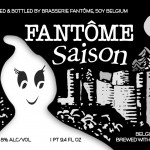 Fruity, complex saison beer from the Ardennes forest from a tiny farmhouse brewery very hard to find even in Belgium. 8% alc. by volume, with a wonderfully musty and characterful aroma.