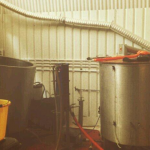 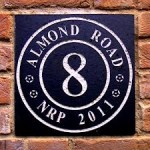 “We intend to start by doing what’s necessary; then do what’s possible; and eventually we hope to be doing the impossible.”

Partizan is another of the slew of almost 100 brewers in London, but they have distinguished themselves from the rest of the pack in the short time they have been open. Owner/brewer Andy Smith learned the art of brewing while at Redemption Brewery, but after a few years he left because he wanted to grow as a brewer. The nice folks over at the Kernel gave him their old brew kit for free, and he has been experimenting ever since.

“I won’t have a set range. At the moment I think it’s only the stout that’ll stay. What I brew will be decided by what ingredients I can get. I want to be free to experiment and brew what I feel like.”

Partizan also has some great beer labels designed by Alec Doherty, you can check them out here: http://partizanbrewingarchive.tumblr.com/ 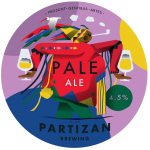