Shelton Brothers has been importing beer from The Netherlands since the early days of the “specialty bier” movement. The beer scene there has had its ups and downs, but starting with the founding of Brouwerij de Molen, there’s been a steady upswing in the quality and quantity of craft breweries around the country.

De Molen’s Menno Olivier became famous for his big, complicated stouts, keeping pace with U.S. brewers in that scene. Though all the acclaim went to these beers, he also does a bang-up job with the lower alcohol, balanced, drinkable beers as well. Menno, along with the venerable Brouwerij ‘t Ij, inspired a new wave of brewers, including our friends at Rooie Dop, Oersoep, De Witte Leeuw, Oedipus, and many others.

Here are some of our favorite spots in The Netherlands: 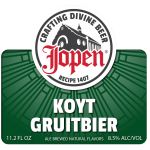