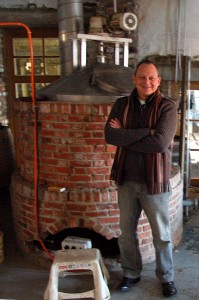 This Saturday don’t miss the High & Mighty Beer Show #68 at 3:30pm. Back in Belgium (or at least talking about it) for a second week, Dan, Joel and Christian try to conjure up Flemish accents, to little avail. Hoping to hear the real thing, and maybe talk beer a little bit as well, the boys place a call to Marc Limet, master brewer at Brouwerij Kerkom, whose Bink Blond is a particular SB favorite. Marc discusses the 19th century brewery’s rebirth, the return of hoppy and drinkable beers to Belgium, and the recent government crackdown on his characterul and quirky farmhouse operation. Listen live on WHMP AM1400 & 1240 and FM96.9 or get the podcast here: http://whmp.com/pages/11904106.php