Empress Stout was a collaboration beer brewed for the 2014 Rainbow Project by Siren and De Molen, it is meant to signify the color violet

“Brewing with De Molen meant that a big stout was always going to be a winner, and, as the purple colour is often associated with royalty, it had to be a Russian Imperial Stout. All English malts were used in the brew, including a tiny touch of peat malt as a nod to De Molen. A full body with luscious rich dense roast and chocolate flavours were enhanced by the 5 hour boil. Again to keep in character with our colour, violet, a very healthy dose of cracked black pepper, as it was once considered the Kings’ spice.” 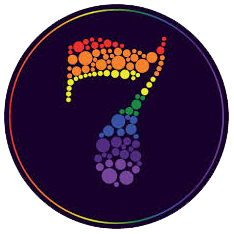