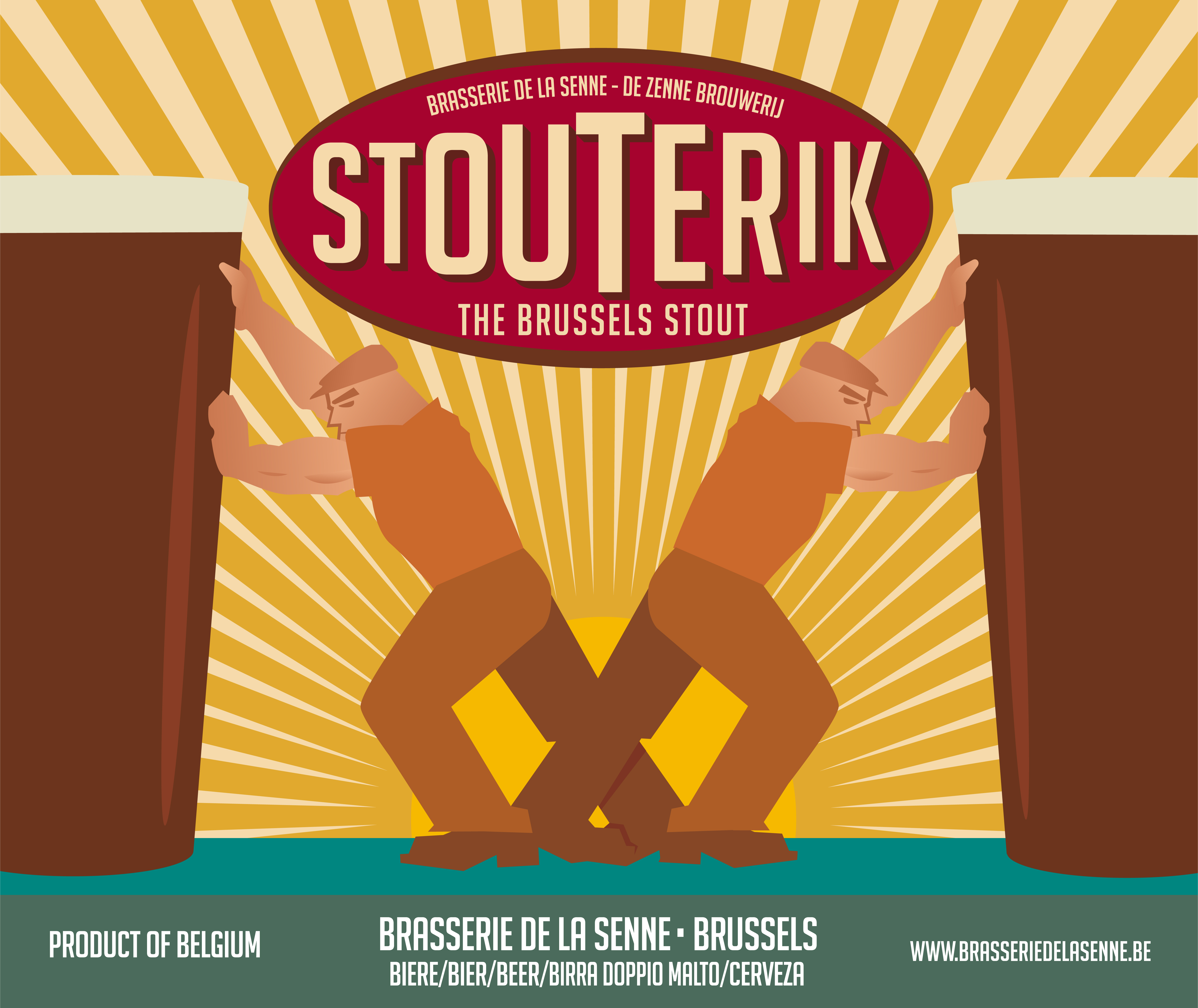 Bernard Leboucq and Yvan De Baets are Belgium’s newest, perhaps smallest, and most fiercely principled brewers in Belgium. In many ways, they represent the small, artisanal breweries that are the heart and soul of Belgian brewing. While the big guys work tirelessly to make the brewing process shorter and cheaper – and their beers as sweetly inoffensive to the masses as can be – there remains, thank goodness, a tough and dedicated bunch of small breweries that are not afraid to make a bold statement.

Interestingly, in Belgium, bold now means a return to the way things used to be, before over-sugaring, over-spicing, and under-hopping became de rigueur. Stouterik is a classic Belgian Stout, in that sense — it’s only 4.5%, contains no spices, won’t make your tongue stick to the roof of your mouth, but we defy anyone to just drink one. Roasted malts and unmalted roasted barley give layers of dark bitter, chocolatey flavors, and like all De La Senne beers, this one is hopped to the max for drinkability.