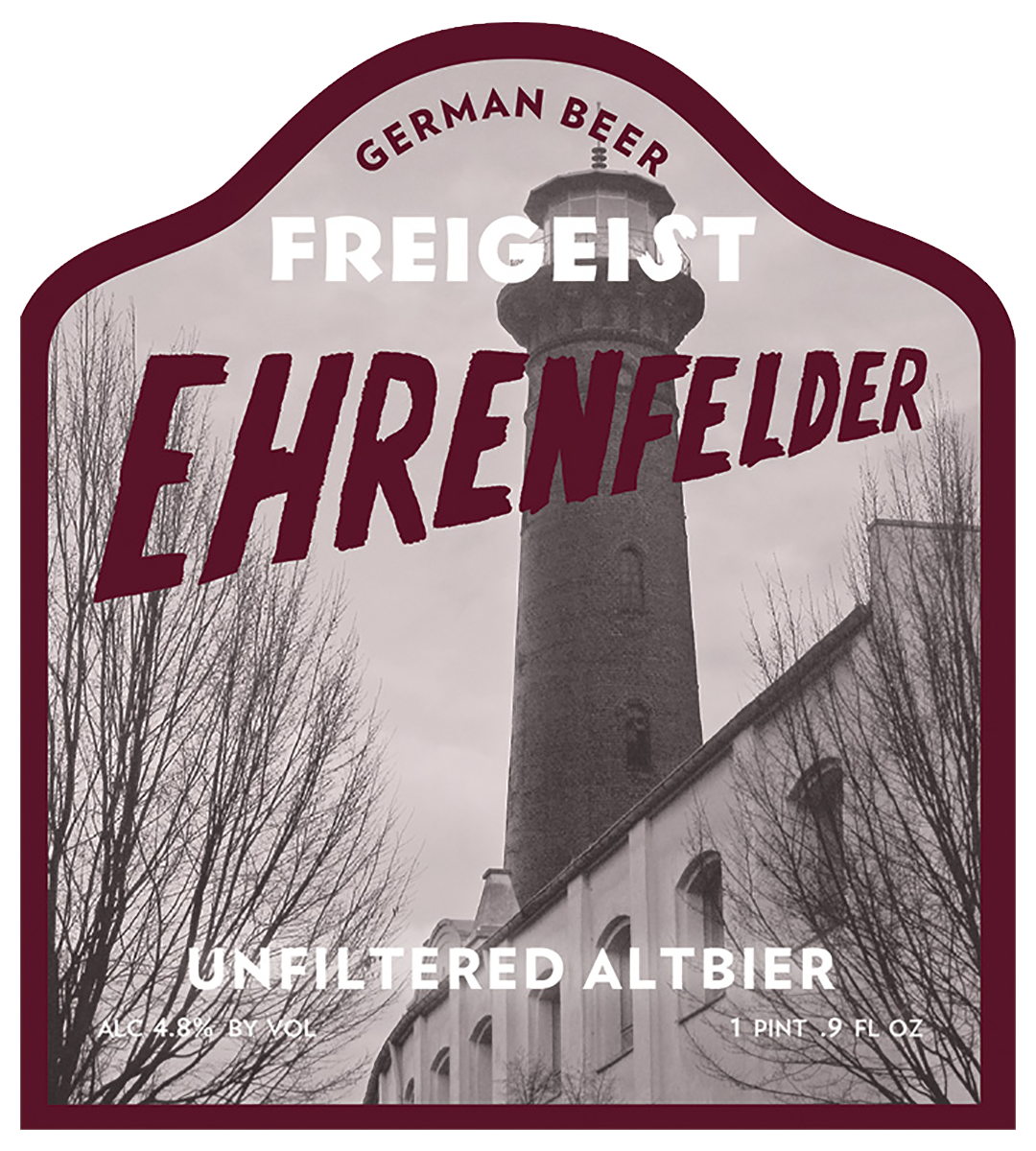 Though Freigeist’s Sebastian Sauer calls Cologne home, he originally hails from the city’s arch-Rhineland-rival Düsseldorf. In a typically Freigeistian breach of historical German brewing etiquette, he dares to create a Düsseldorf-style Alt under the banner of a company whose local colleagues would sooner die than abandon their hometown Kölsch! Fortunately we in the States have no qualms about chugging both in a single session, and the unique, unfiltered Ehrenfelder (named after a neighborhood in Cologne, no less!) offers up the perfect contrast to it’s light, clean rival—rich, roasty and malty, with a healthy dose of hops and a hint of smoke.