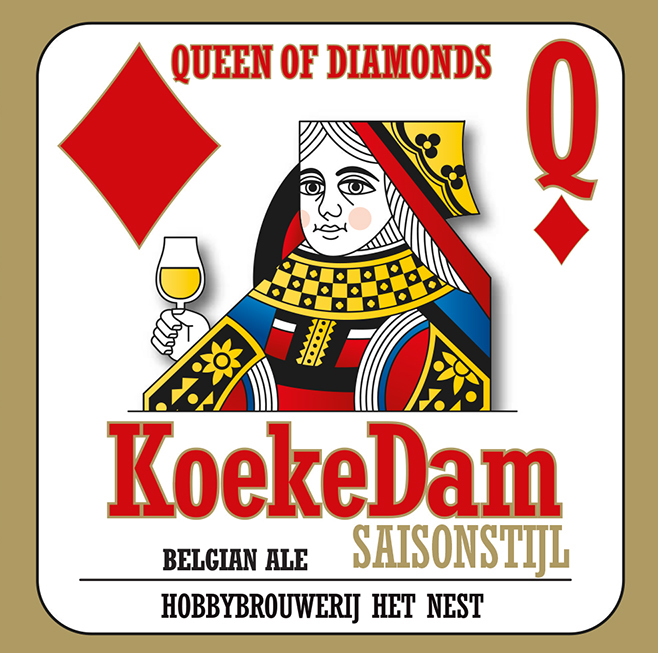 “The recipe for Koekedam (Queen of Diamonds) was first developed in 2011. The occasion was the creation of a beer to celebrate the festivities Turnhout 2012. The original recipe contained Amarillo hops. But because it was scarce in 2012, we opted for Cascade hops. The latter gives a citrus aroma. This adapted recipe was used to brew the Turnhoutse Patriot. In 2014, we were still a missing a lady in our “high street” and had no diamonds in our range, the choice was obvious: Queen of Diamonds.”