Inspired by an historical Märzen-Gose—stronger and darker than a standard gose—Bärentöter is in fact an entirely new creation. This harmoniously complex brew is produced using an opulent decoction mash-malt mixture, with additions of coriander, salt, orange peel, and a touch of cinnamon. The world’s premier sour bock undergoes a lactic acid fermentation, lending an elegant sourness to its salty malt body and layers of fruity & spicy aromatics.

*Bärentöter”(“Bear Slayer”) was the name of a rifle owned by a 19th century fictional German gunman of the Wild West, Old Shatterhand. No, really. We suggested a cool name with umlauts and there it was… 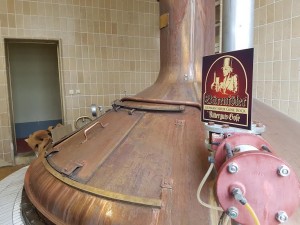