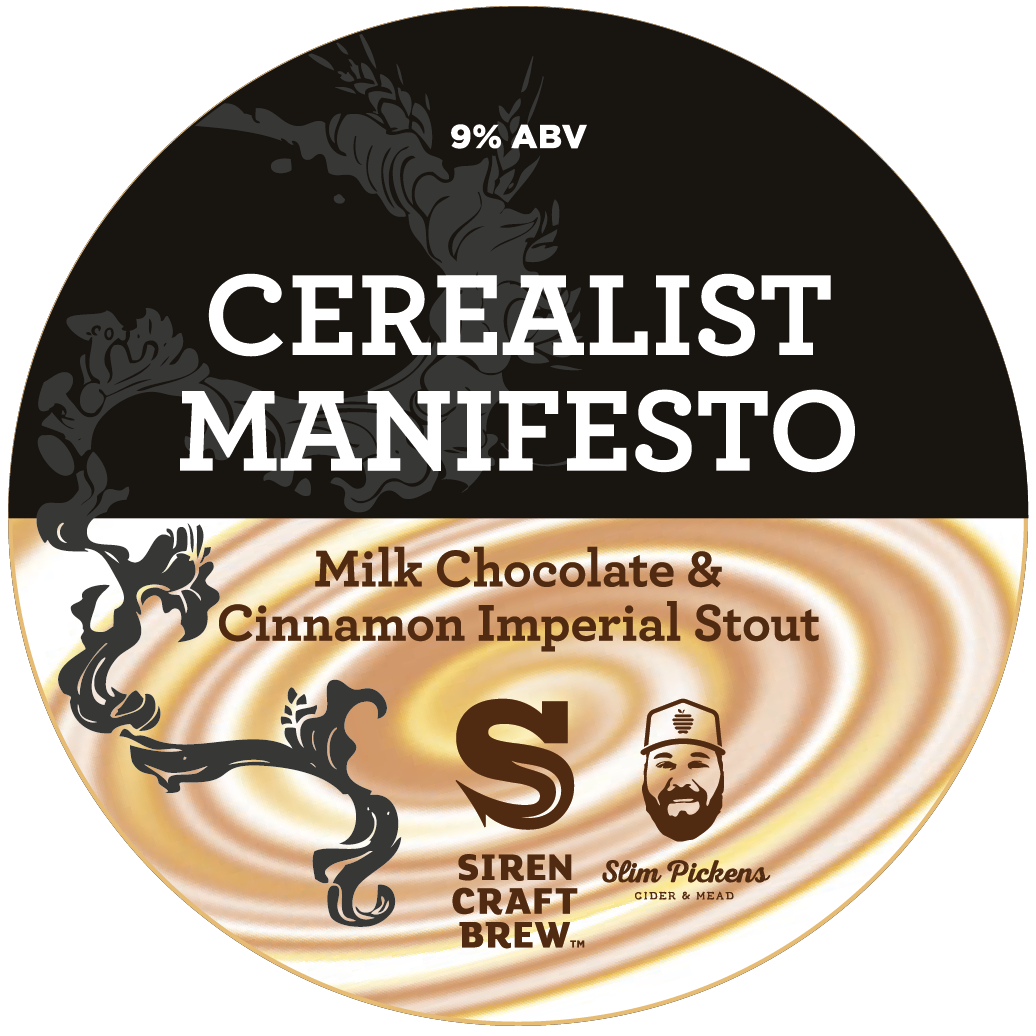 “We’ve known Todd from Slim Pickens for many years now, so have just been waiting for a good excuse to get him over for a brew. This beer is accurately described as a milk chocolate cinnamon imperial stout, with a car load of actual Cinnamon Toast Crunch shipped over from Florida! Sweet, sweet cerealism.“