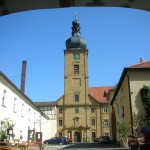 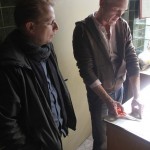 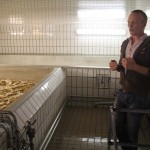 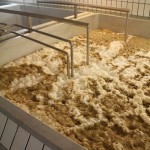 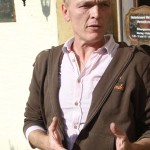 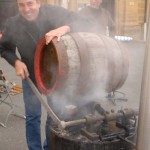 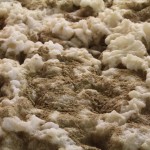 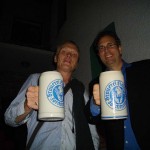 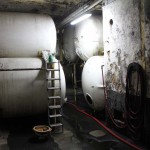 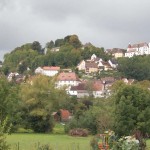 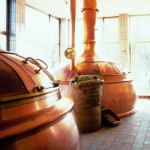 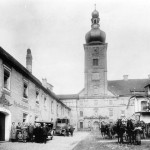 In 1050, Benedictine monks founded a monastery along a stream in the beautiful green hills of Franconia, in northern Bavaria, and pretty much immediately began to make beer. (Another German monastery, at Weihenstephan, claims to be the world’s oldest brewery, starting in 1040 — but what’s ten years in the big scheme of things?) The monks called their new home Weissenohe, meaning “along the white stream” — a reference to the unusual concentration of limestone in the water (washed down from nearby chalk cliffs), which proved to be great for brewing.

Due to a severe and chronic monk shortage, and the steady advance of secularization all over Europe, most monasteries in Germany have been given over to private families. It happened at Weissenohe in 1803. The Winkler family that assumed the monastery and the grounds at Weissenohe has maintained the chapel and the brewery (and added a typical guesthouse eatery). Today, there are still services in the chapel, and Urban Winkler, who represents the youngest generation in a line of family brewers, still makes beer in the traditional way.

At Weissenohe the Reinheitsgebot (the famous Bavarian beer purity law) is still observed, and the beer is made by the traditional, and painstaking, double-decoction method, which is only rarely observed in Bavaria today. Urban Winkler’s brewing methods have been handed down to him from earlier generations of brew-masters at Weissenohe, and refined in accordance with the teachings of older brew-masters in the area. Franconians, a famously stubborn and uncompromising people, still support almost 300 small breweries in their tiny corner of Bavaria, and have kept the old ways even as breweries in the rest of Bavaria modernize, streamline, and forget. 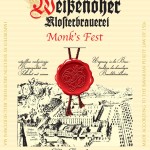 German Märzen beer – hearty, amber-colored, malty, and finely balanced lager that is refreshing and filling all at once – was the original staple of Oktoberfest celebrations. The Monk’s Fest comes to us from the beautiful monastery at Weissenohe, in the green wooded hills of…