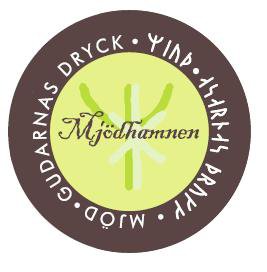 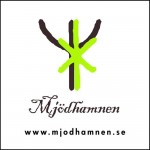 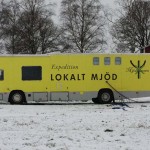 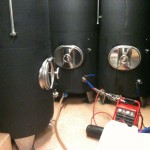 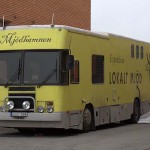 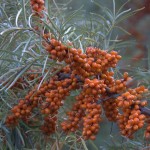 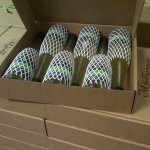 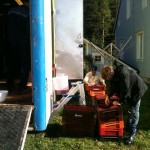 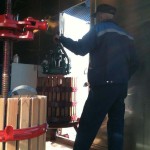 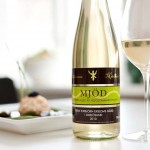 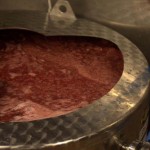 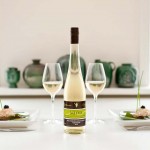 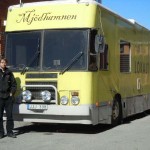 We met Johan Pihl, the man behind Mjödhamnen, at the Mazer Cup, the largest gathering of meadmakers in the world, as far as we know.

While seated together at dinner, he told us about his “mobile meadery”. In Sweden, the government regulates the sale of all alcohol through the Systembolaget, and generally they only carry a very specific assortment of drinks. But recently, there’s been a trend toward local, so they’ve made allowances for products made on farms within a certain radius of each Systembolaget store. Mjödhamnen’s meads are all produced on a giant yellow bus, of sorts, that Johan drives from apiary to apiary (honey farms) in the countryside around Stockholm. In this way, they’re able to sell to many different Systembolaget stores, instead of just the few that would be near a stationary meadery. We admired their determination to work around ridiculous and difficult local laws (and empathized with them).

We also admired their meads, which are all made onsite at each apiary, with Johan and his fellow meadmaker Joel Karlsson carrying buckets of honey from storage to the mobile meadery by hand. This means they are able to create small-batch meads made exclusively from honey from a single source. They call it(roughly translated) “Expedition Local Mead”.

Mjödhamnen’s meads are complex and wine-like, and different from anything we’ve tasted. They are generally quite dry and highlight the subtle flavors of the rare honeys they use, which vary from spicy to extremely floral to herbal. They’ve also crafted an exciting lingonberry melomel, made with the famous Swedish lingonberries, that drinks almost like a rosé wine.