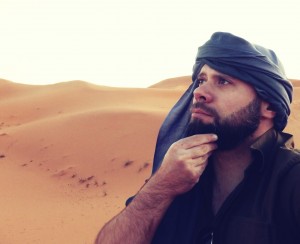 Geoff Sampson is self-described gentleman and scholar, neither of which being true but he seems to like the sound of it. As a child growing up on the mean streets of Bothell, Washington, he quickly learned the advantages of strong drink. After a quint stint at “college” in Bellingham, WA, he moved back to the even meaner streets of Ballard, WA. There he started hanging out with the wrong crowd and it landed him a job in the beer industry. His war cry of “Simsalabim bamba saladu saladim!” every time he walks into a bar has led to many wonderful relationships throughout the years, both business and personal, and has earned him a grant from the PretzelNeck Society of Seattle.

In his spare time he mostly enjoys travelling to fascinating and exciting locations both near and far with his closest friends and family, and then arguing about anything and everything that comes to mind, usually at high volume. He also is an aspiring photographer who likes taking pictures of really uninteresting things and applying all sorts of filters and effects to make them look super cool.

Other Members of the Team: