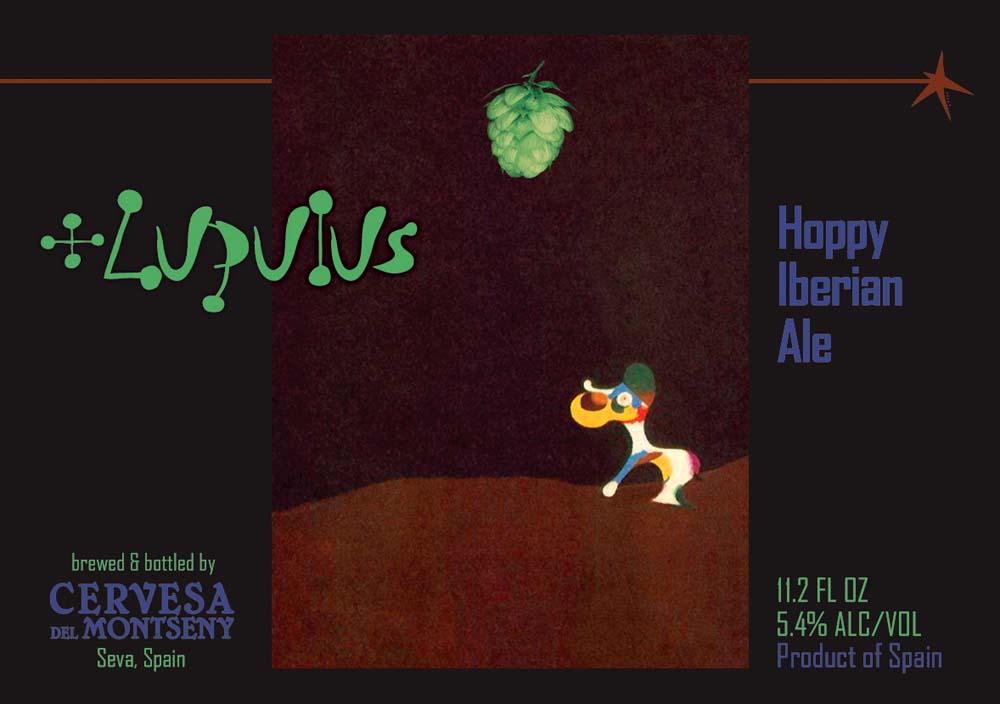 The hop plant: in Latin humulus lupulus. Lovely, aromatic hops are what this aromatic ale is all about. With this top fermented beer CCM rediscovered the traditional beers of their Iberian ancestors (Archaeological sites: The village of Geno (Lleida) dates to 1,000 BC Bronze Age; Can Sadurni Begues (Barcelona) dates to 3000 BC Neolithic Age).

In 2007, Pablo Vijande and friends founded Spain’s first commercial craft brewery in the small town of Seva, north of Barcelona at the foot of the Montseny mountains. For years Pablo has been the odd man out in wine-drinking Spain, where no hops or barley for malting are grown. He sold home-brewing materials, ran an instructional brewer’s festival, and even worked as a volunteer in an English ale brewery for a spell — all the time saving up money to start up CCM.