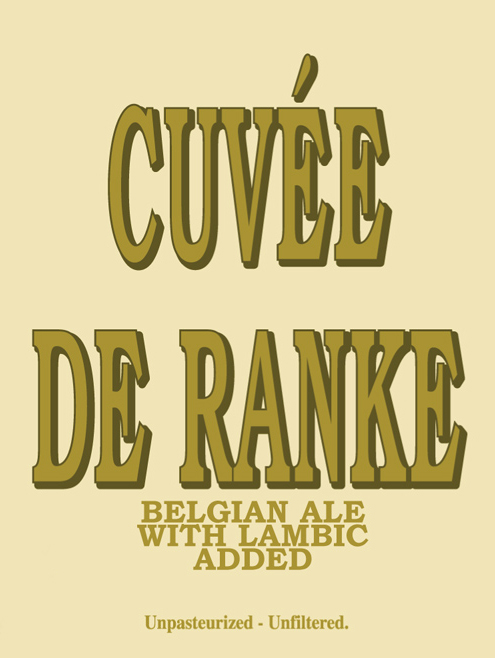 This exciting beer is actually the base for the delicious Kriek that brewers/friends Nino Bacelle and Guido Devos have been brewing for years at Brasserie De Ranke.

Cuvée De Ranke is a somewhat sour, somewhat hoppy beer based, on an old style that has recently become more popular among craft brewers in Belgium and throughout the world. Until now, many modern brewers were afraid to combine sour and bitter in the same flavor profile, but years ago this was a most popular and refreshing union.

The Cuvée De Ranke is roughly a 70/30 blend of a beer brewed with top fermenting Rodenbach yeast and aged Giardin lambic. According to the Belgian government, this beer could actually be called “lambic”, and, although it isn’t an extremely sour beer, it actually contains about 5 times as much authentic lambic as some of the more popular products that call themselves “lambics”. But unlike the makers of artificially-flavored, heavily sweetened, commercial concoctions, Nino and Guido simply have too much respect for authentic lambic producers to use the term for their Cuvée.

Instead, Cuvée De Ranke stands on its own for what it is: an elegant yet rustic, well-balanced, traditionally styled beer.