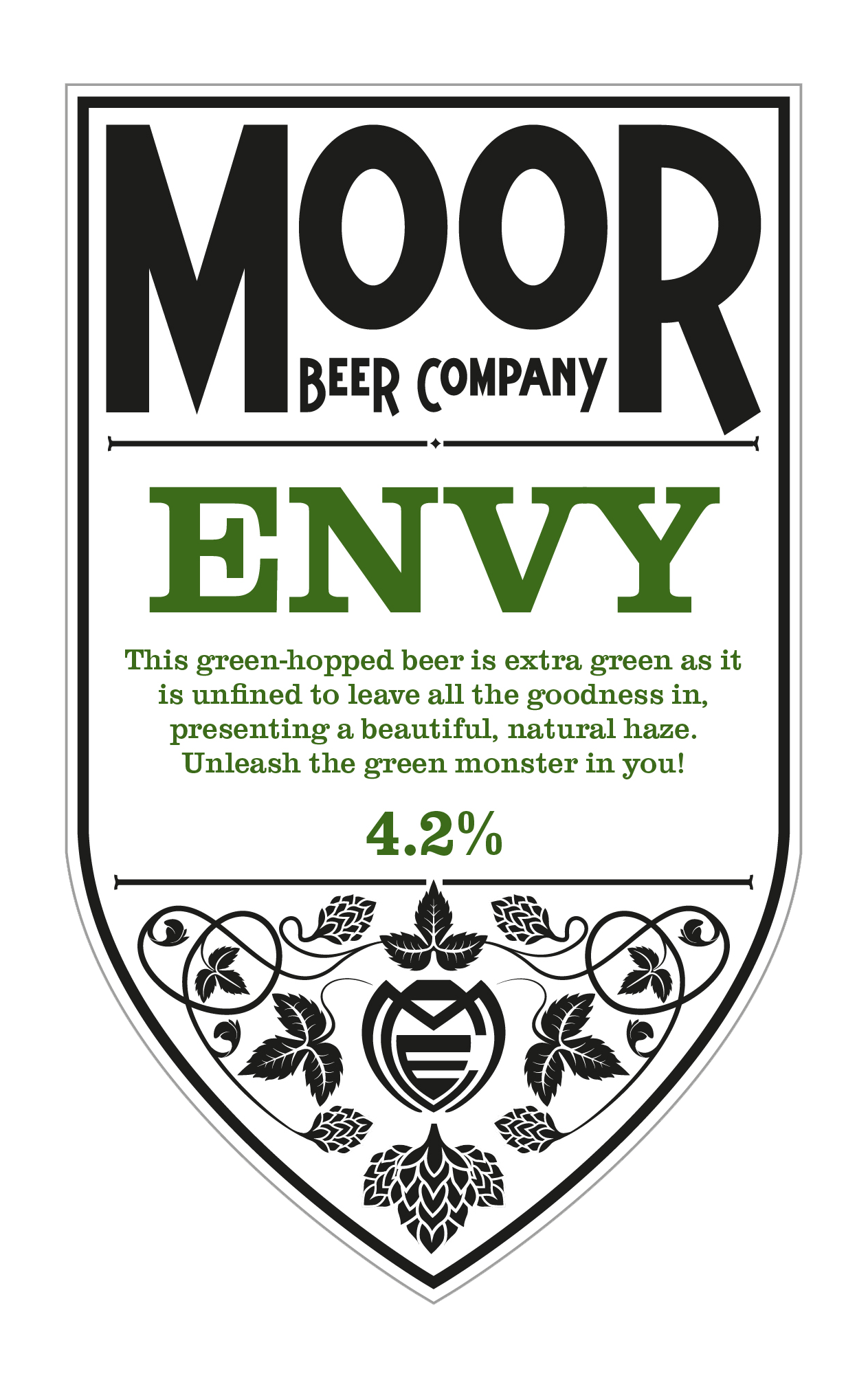 “Envy is our green / wet hopped beer. We first brewed it in collaboration with Nicholson’s pubs in 2011. Of course the idea was to showcase the impact of wet hops versus dried ones so we made the base beer a very simple 4.2%. We went to a hop farm in Hereford and collected a very large quantity (8x our usual amount – not an efficient use of such a precious commodity!) of just-picked First Gold hops. They were in the kettle less than 24 hours after picking, or should I say in the mash tun as the quantity was so large that we didn’t think our kettle would cope. We turned our mash tun into a massive hop back, allowing the hot wort to marry with the wet hop cones. We thought our discharge arm would make easy work of cleaning out the spent hops, and boy were we wrong! All it did was move them around a little so we had to resort to the traditional mandraulic method of digging things out, still with sweaty smiles on our faces.

It was all worth it in the end. The beer was very fresh and vibrant. The hop profile was a bit different, with some not surprising vegetal notes, but in a good way. Fresh hopped beer is best drunk, well, fresh (and of course naturally unfined).

I personally believe the ‘style’ if you will of wet hopped beers can be a bit of a romantic ideal, like the anticipation of first love, which you later come to realise is much better once you’ve matured a bit. But it is fun to do once a year, fun to drink, and generates some interesting conversation in the pub. Is that such a bad thing? Due to the fleeting nature of the fresh hops we only do this beer on draught as we don’t believe it will stand up well to the bottling and aging process.”