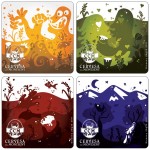 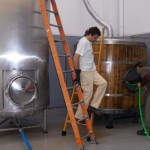 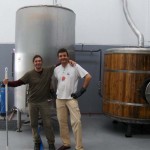 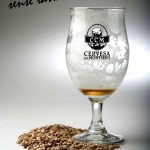 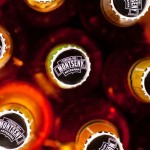 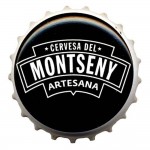 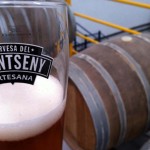 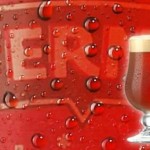 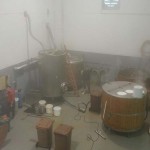 Several years ago we traveled again to a sleepy Catalonian farming village about an hour from Barcelona to whoop it up at the 4th annual Spanish Craft Brewer’s Festival. We were pleased to discover a great deal of progress since the last festival we’d attended. Before, the festival was a gathering of well-meaning and enthusiastic, but clearly not-ready-for-Prime-Time home brewers — all with big dreams of a Spanish craft-brewing revolution. But eventually several breweries began to burst onto the international scene. The first one out of the gate was CCM.

Just a few years ago, Pablo Vijande and friends founded Spain’s first commercial craft brewery in the small town of Seva, north of Barcelona at the foot of the Montseny mountains. For years Pablo was the odd man out in wine-drinking Spain, where not much hops or barley for malting were historically grown. He sold home-brewing materials, ran an instructional brewer’s festival, and even worked as a volunteer in an English ale brewery for a spell — all the time saving up money to start up CCM.

The province of Catalonia is the epicenter of true beer appreciation in Spain, and that’s where all CCM beer has been sold — until now, of course. For the U.S., the CCM beers, now brewed by Jordi Llebaria, have been outfitted with new labels based on the painting of Joan Miró, whose rich, quirky, mysterious work is emblematic of Barcelona and Catalonia. (We at Shelton Brothers just love the simple things in life: art and beer.)

If the gods are with us, there will be more good beer sailing from Catalonia soon. Pray for it, and keep an eye out. 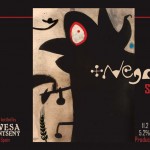 CCM paints it black. A wonderfully drinkable but durable stout, refreshing in the heat of day and satisfying when the sun goes down. Just two years ago, Pablo Vijande and friends founded Spain’s first commercial craft brewery in the small town of Seva, north of…