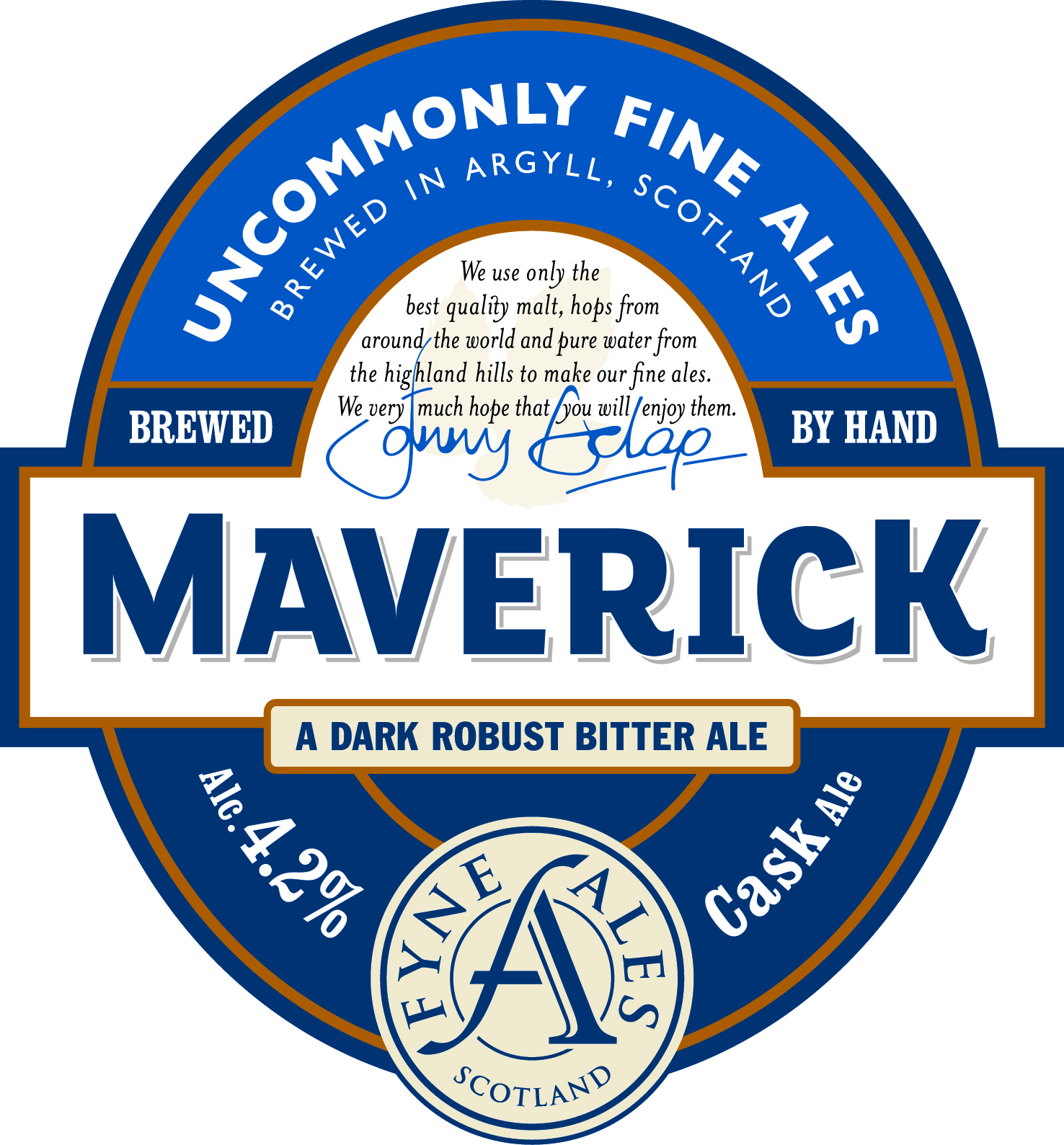 “A reddish copper ale with an aroma of mixed fruit and caramel malts. Taste is of caramel and fruity malts with a well hopped flavour creating a wonderfully well balanced beer.

Maverick was the 3rd beer to be brewed at Fyne Ales and was introduced in early 2002, as a traditional best bitter it is the beer in our range that appeals most to traditional British ale drinkers. Maverick has a simple hop profile and is brewed with two varieties of British hops, Bramling Cross is added to build aroma and flavour while Challenger is used to bitter the beer. Bramling Cross is a hop that gives subtle spicy blackcurrant aromas to the beer.

Maverick got its name from co-founder Tuggy, the reason is lost to history…”