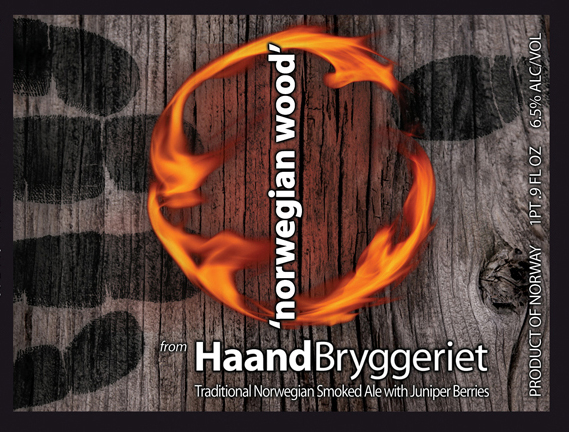 Years ago in Norway, farmers were required to brew by law. Failure to do so resulted in forfeiture of the farm. And if that wasn’t peculiar enough, the strength of the beer that each farmer brewed was based on a mathematical calculation involving the combined weight of the farmer and his wife — an incentive, it is believed, for farmers not to grow fat and rich off the labor of the farm hands for whom the beer was brewed.

The beer had a naturally smoky flavor — the malts would have been kilned on an open fire — and because hops were not cultivated in this northern climate, local juniper berries were added for flavor.

Inevitably, this law — finally one that we could have gotten behind! — was abolished, and the tradition of smoked beer in Norway was lost. The Haand brewery, however, has brought it back to life, with this studied recreation.