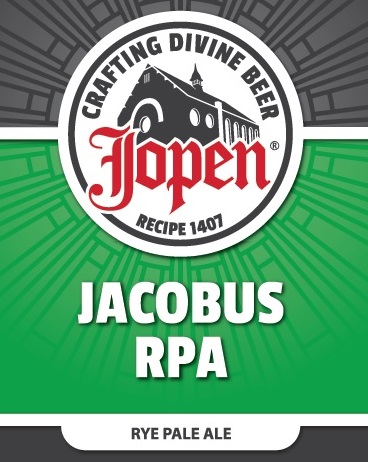 “Jopen Jacobus is a Rye Pale Ale. It is amber in colour and has a fruity bitterness thanks to the use of American hops. The rye malt gives the beer a distinct flavour. Jopen Jacobus RPA is named after the former Jacobskerk. Jopen took over this church for use as a brewery, grand café and restaurant and renamed it the Jopenkerk. This beer was developed in 2011 on occasion of the church’s centenary.

Jacobus was the patron saint of the pilgrims. During their pilgrimages, they spent their nights in guesthouses. These guesthouses were exempt from the payment of levies as long as they brewed beer with rye. This is why Jacobus is a Rye Pale Ale. A beer with body.” 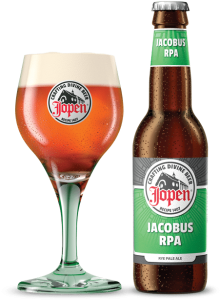