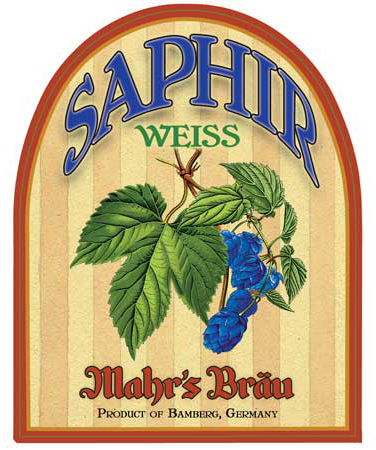 The Mahr’s brewery & biergarten, in the beautiful and historic Franconian city of Bamberg, has been in operation since 1670, and run by the same family for over 100 years.

With his Saphir Weiss, Stephan Michel, who represents the fifth generation of family brewmasters, has taken the traditional German weissbier to a new level- adding a metric ton of new & exotic “Sapphire” hops to each batch. The result is an unusually spicy and tangy variation on the Bavarian classic.

Other Beers by Mahr's Bräu