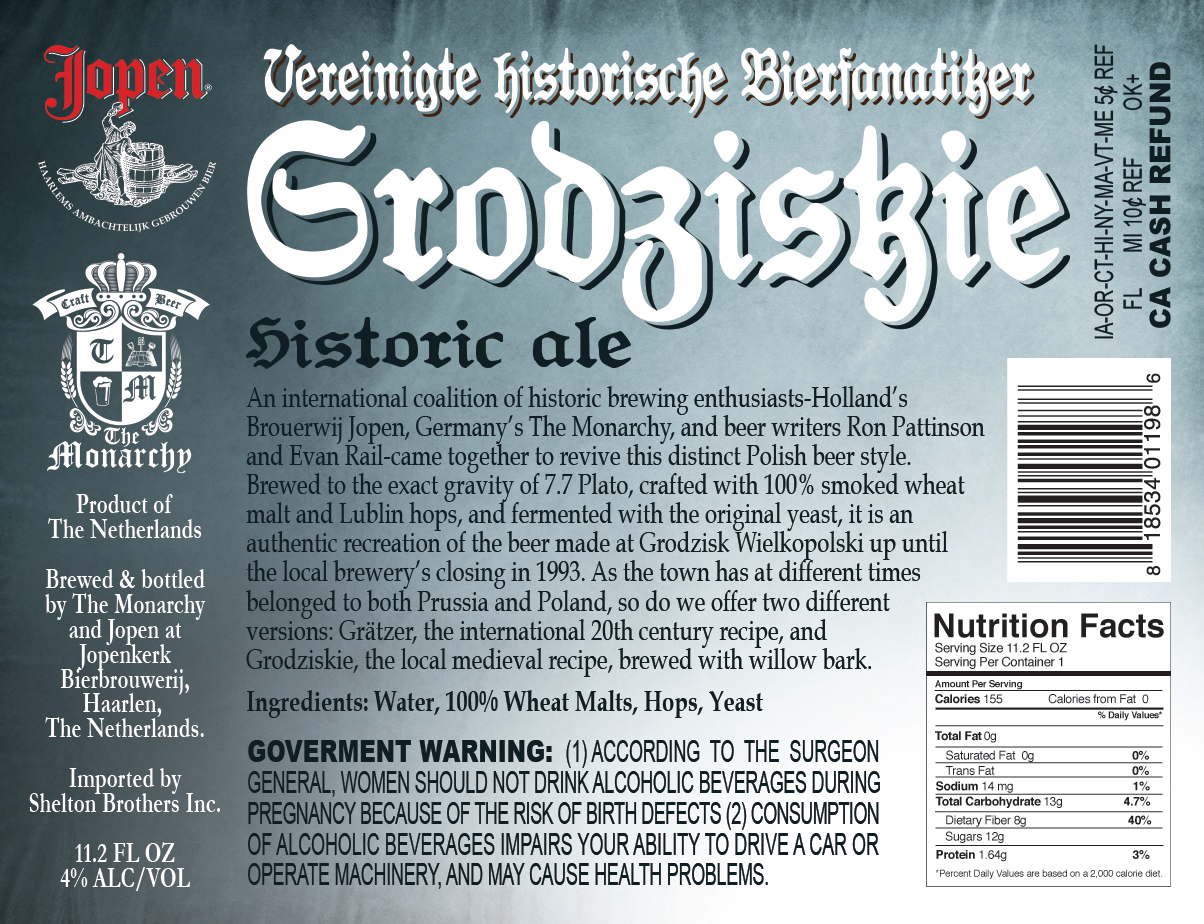 This recipe, created in collaboration with a Dutch brewer and a pair of historians- is based on that of a former brewery in the Polish town of Grodzisk Wielkopolski. The Monarchy’s is the only authentic version of a “Grodziskie”, made with 100% oak-smoked wheat, local Polish hops, and the beer’s original yeast. When it was discovered that the original brewery occasionally used willow bark in the recipe, the dedicated revivalists  decided to throw that in too.

Other Beers by The Monarchy