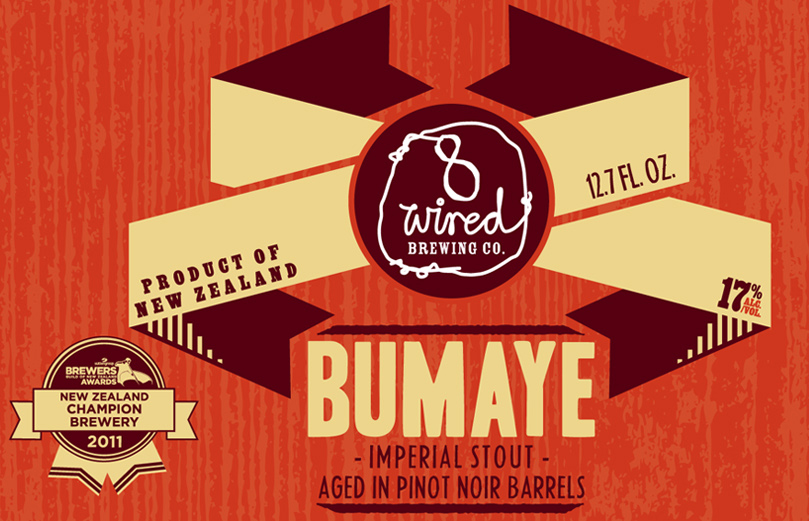 “How far can we take it?” was the question brewer Søren asked that sparked the idea for Bumaye.  To start, he brewed the biggest Imperial Stout 8 Wired has made to date and then added loads of tasty sugars to the fermenter for extra strength and flavor.  To round everything out, it was allowed to mature for 16 months in Pinot Noir barrels from Marlborough’s Mud House Winery.  The name was lifted from what was perhaps the most famous boxing match of all times, The Rumble in the Jungle, between Muhammad Ali and George Foreman. The match was fought in Zaire and locals chanted “Ali, Bumaye!” which in English means “Ali, Kill Him”. A fitting name for this most aggressive beer. Enjoy now or cellar for a decade or two.