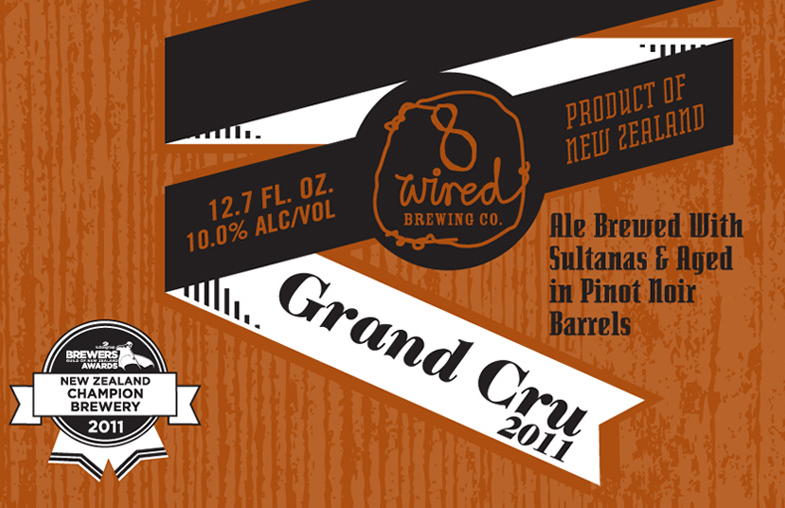 Brewed in March of 2011, this vintage Grand Cru started out as The Sultan but was then laid to rest in used Pinot Noir, French Oak barrels from Grove Mill Winery. Brettanomyces and Pediococcus were also added for extra funk. Because of the wild yeast and bacteria, and because it’s packaged in champagne style bottles, 8 Wired had a lot of trouble getting it bottled.  Søren couldn’t run it through a normal bottling line as the risk of infecting other beers was too great. He was getting ready to hand bottle the lot (2000 liters) just as Steve Nally from Invercargill brewery heroically offered to run it through his old machine (which was only being used for a Yeastie Boys’ funky beer – it really is a small brewing community in New Zealand!).  So we just recently received a small amount of it here in the US in the middle of 2013.  If you see a bottle on the shelves, make sure to grab it.