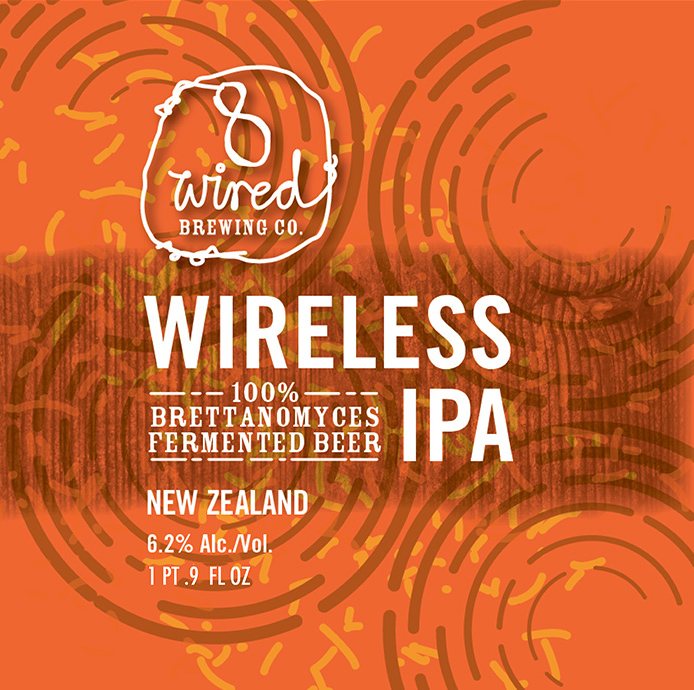 “The recipe for this is what I would call a classic Westcoast IPA. A clean malt bill with lots of American hops, Amarillo mainly. By the time we brewed this beer, the yeast was plentiful and healthy. This has made the beer very clean and I don’t think many people would pick the brett unless they knew it was there. Not yet anyways, I hope it will funk up with some age. The brett does seem to have subdued the hops a little, so next time we will add a bit more to take it well into IPA territory.

As you may have guessed, there is a bit of a Wireless theme going with these beers. The idea is to make a whole series of Wireless beers. Beers that have gone off the grid and been fermented with something that up until recently was considered entirely unwanted in beer. Unlike our barrel program, these beers are not inspired by century old traditions. They are very modern and innovative, you might even say hi-tech, so Wireless seemed a very fitting name.”