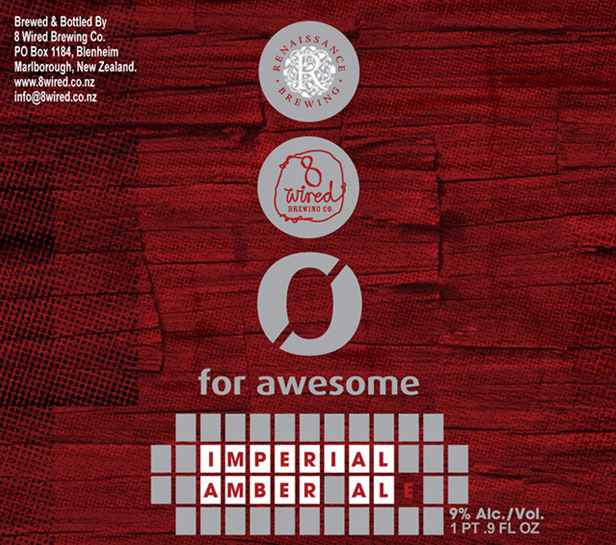 A cross-hemispheric brew from the ends of the earth. In November 2011, Kjetil Jikiun of Nøgne Ø fame traveled down to Blenheim, to join 8 Wired and Renaissance to create Ø for Awesome. The plan was to brew a beer that was a three way split of Stonecutter Scotch Ale, HopWired, and Batch #100. On brew day, due to a hop shortage and a batch of non-optimal yeast, it turned into more of a New Zealand version of Batch #100.