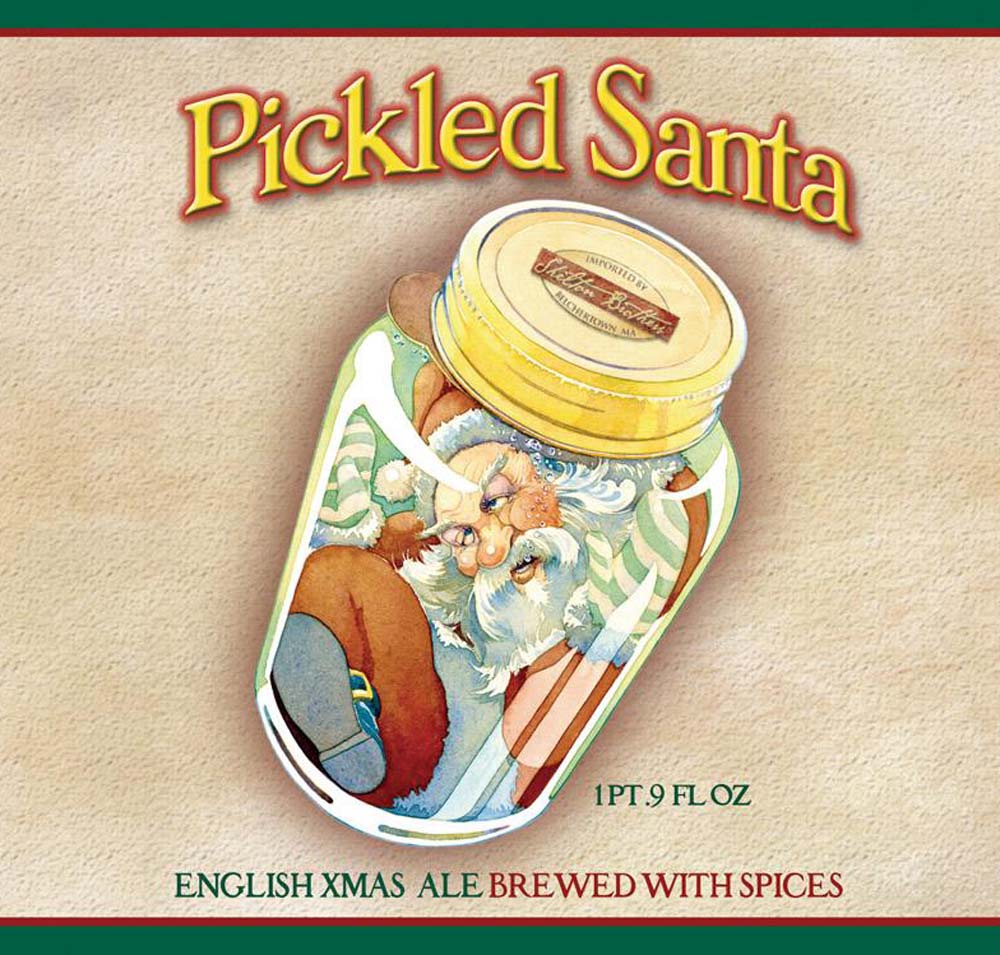 “Pickled Santa is a copper coloured ale. The base beer is simple but very traditionally English, being brewed with 100% Maris Otter variety malted barley and 100% whole Golding hops. A hint of the unusual side of Pickled Santa lies in the name because it is brewed with a selection of whole spices.

Note ….the flavour comes from fresh WHOLE SPICES. Not flavour extracts, not essential oils, and not ready ground supermarket blends. Whole spices weighed and blended, bagged up, then carefully but repeatedly run over with a two ton fork lift truck driven just for good measure by 260 pound Brian to crush them ready for addition to the brew.

The result is intriguing. It’s beer but somehow slightly different. Pickled Santa is fuller, softer and rounder than you would expect a 6% ale to be. That’s not altogether surprising because in Victorian England before the days of analytical chemistry we unscrupulous brewers used to regularly add Coriander to beer for it’s power to make the beer seem stronger and “bigger” than it would otherwise be. But you don’t really taste or smell the Coriander.

You do smell lovely hints of fresh creamy Nutmeg, (that’s whole spices for you), and peppery pungent Allspice but they are not dominant because we think that at the end of the day Pickled Santa should still taste mostly of beer…and it does.”